Asma Nabeel – the “warrior”, as I knew her

From professional affiliation to becoming a friend, I didn't realize when did we develop a "soul's connection", as she once put it 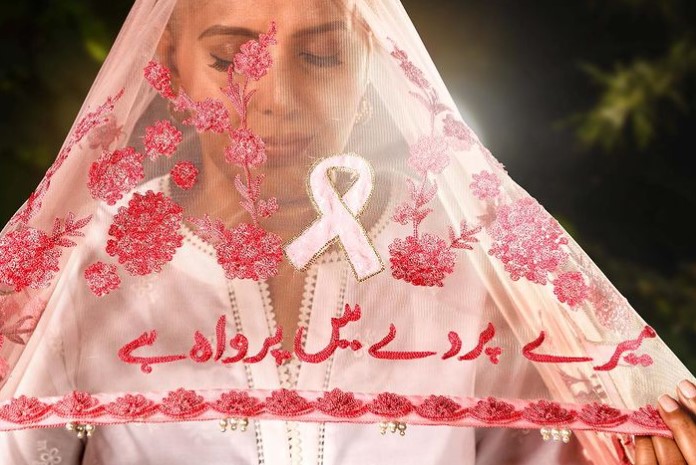 KARACHI: I woke up to the news of the demise of Asma Nabeel, the woman I have known for two and a half years. It may not sound like a long time but it certainly holds memories I can forever cherish. Going by my first text to her on Whatsapp, it was January 2019 when I connected to her to ask about her then-upcoming project Dil Kia Karey she wrote the script for. Back then, it was the relationship between a journalist and a writer that kept flourishing with time. I interviewed her when she was nominated at the Lux Style Awards, followed by meeting her at events, including the award ceremony. The picture we clicked on the occasion was introduced to me when she used it for the sweetest birthday post for me. Her words bring tears to my eyes as I go through them again today when Google has already introduced ‘Asma Nabeel death’ in its search bar.

Once, we also shared the spot on a panel at a university on account of Women’s Day. We got to know more about each other’s work and what it entails. From there on, it kept getting better, making it a conscious effort for me to not be biased while writing about her work. In-between keeping our friendship and work separate, she penned some unconventional scripts including Surkh Chandni, Dil Kiya Karey, Baandi, Damsaa and more.

A breast cancer “warrior”, as she’d like to term it after she successfully came out of it when it first hit her, Asma Nabeel usually put a social issue at the heart of her scripts. Even her most recent announcement, an upcoming film called Fly, was meant to spread awareness around breast cancer. A cause she had taken up to prevent more women from the suffering she went through. She had been making efforts in terms of policy-making, funding, spreading awareness and providing platforms for women to get themselves checked rather than shying away from it. She would just call me up to ask how can we spread the word since it is for a cause!

My most memorable experience with Asma is the one that changed my life too. One day I got a call from her asking if I am willing to give an interview, rather than taking one this time. I was a little confused at first but then she told me she wants to have me over as a guest on the show she was going to launch. Titled Beautiful Confessions with Asma Nabeel, it aimed to bring forth women who have struggled to be somewhere in life and what triggered them to achieve what they have been able to. During those meetups and in-between recordings, our relationship turned into friendship.

We learned about each other’s lives beyond work. She would always advise me, inspire me like an elder sister. The entertainment industry that is apparently quite superficial introduced me to a beautiful soul. She once shared an opportunity for me, read ONLY me, saying, “So that your exclusivity stays. You have no idea there is a strange souls connection I have developed with you.” This is exactly what she said to me in that moment and I felt it very strongly.

However, unfortunately, since the beginning of 2021, all we have been talking about was her health, how was she feeling, if her treatment was going well, etc. Whether on texts, call or voice notes, she always sounded hopeful and would request for prayers despite going through a lot. One would still get the motivation from her rather than providing her some. First, due to Covid-19 restrictions and then due to my own engagements, I was not able to meet her for long. Once when I mentioned I was unwell and was avoiding meeting her due to that,  she asked I should let her know if she could be of some help. All while fighting her battle with breast cancer. That was Asma Nabeel, offering to help while suffering herself and, today, all people are talking about is her death.

I finally managed to meet her last month while she was in the hospital. I could not see her suffering, in pain, shivering and finding it difficult to speak. All I could think of was the days she would be all smiling, encouraging, inspiring and shining bright. Even at an event sometime back while her treatment was underway, she was headlining the proceedings despite being in pain. The event was with reference to breast cancer awareness and one could tell how happy and proud she was taking the cause ahead with her efforts.

She even featured in one of Ali Xeeshan’s latest campaigns that highlighted the importance of Breast Cancer Awareness. An inspiration to many, she was also the driving force behind the recent formation of the Screenwriters Association of Pakistan. There was certainly no stopping her. She strived to do her best and contribute to society, irrespective of her own battles. Her death has left us in a state of shock and sadness while Asma Nabeel has left for her heavenly abode.