Loki has found himself in a new world, mirroring the start of the series. 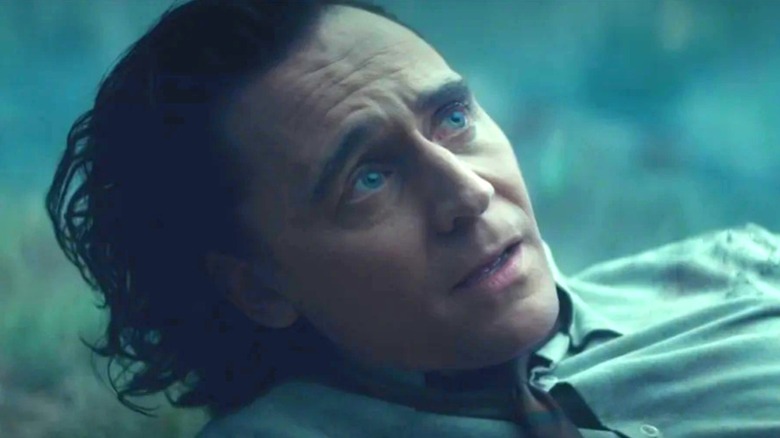 KARACHI: One after another, TVA agents have been pruned. Finally, so has been the case with our protagonist – Loki, in episode 4. However, what hooks the audiences to wait for episode 5, is that Loki wakes up in a whole new world. This mirrors the start of the season when Loki finds himself in the Gobi desert, not knowing what to expect and the danger he is in. During the post-credits scene of episode 4, Loki asks if he is in Hel (Hell in Asgardian), and one of the three people (variants of Loki) replies, “not yet. But you will be unless you come with us.” The twist has left audiences expecting more variants of Loki to come forward as the series progresses towards its finale. 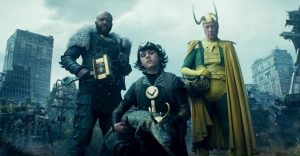 While fans are just beginning to heave out a sigh of relief seeing Loki is not dead, they find him in a post-apocalyptic New York (you can see Stark/Avengers’ tower in the back). Perhaps one of the variants really was successful in winning the battle of New York against the Avengers and the after effects of the Chitauri attacks show in the way New York looks in the post-credits scene. There are four Lokis standing in front of him. One is a crocodile, three others are human. The eldest looking Loki is comic accurate to the first appearance Loki made. This is the “Classic Loki”. 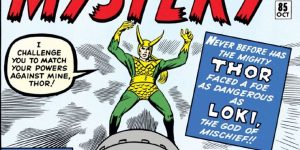 The second is the “Kid Loki” another comic-accurate depiction of Loki’s variant. 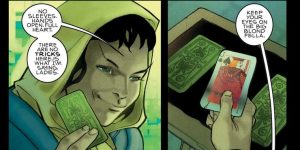 The third is “Boastful Loki” who sports a hammer, a lot like Thor’s Mjolnir. However, this could be the copy Odin made and not Thor’s hammer. You have to be completely honest, free of any impurity in your heart to be able to wield the Mjolnir. Maybe this Loki either defeated Thor or is following his legacy. But the word “boastful” in the credits suggests otherwise. Throughout his life, Loki has wanted to be Thor’s equal. Maybe now he is boastful because he has finally achieved that equality by defeating Thor. 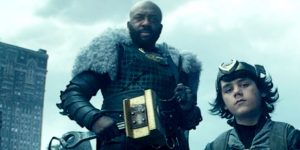 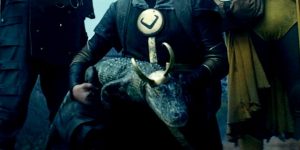 Interesting fact to note here is, that the TVA is busy looking for Loki variants. Why is every Loki a threat, if Renslayer could not even remember why she arrested Sylvie when she was a child?

Now that we know that the Timekeepers are simply “mindless androids”, there is definitely someone else who is running the TVA from the shadows. Maybe there is no sacred timeline, maybe Loki is a threat to someone who wants him deleted so they can survive. This could be Renslayer herself, who has been executing variants who learn the truth about the TVA as well as Loki himself, at the end of the episode.

Kang the Conquerer has been associated with Renslayer, however, no confirmation of the character appearing in the season has been made official yet. But if Kang is to make his appearance, he could be the one manipulating all the officers at the TVA with a propaganda that Renslayer ensures stays intact.

Another Loki is running the TVA

Loki and Sylvie together create nexus events, and it is obvious that Loki fancies Sylvie. Since the two are variants of one another, it’s almost like liking oneself from an alternate reality – a nexus event is bound to occur. However, what if that nexus event is not a threat to the timeline? What if their union is a threat to someone else? Maybe it is another Loki. Only Lokis seem to be a major point of interest for the TVA as far as the series goes. What if a Loki wants to execute every Loki they fear stands in his way? Only a Loki would know what a Loki is capable of.

What’s next for the Lokis?

More secrets will unravel by the fifth episode, but for now Loki from episode 4 has been given a new life, in a post apocalyptic world. It could be a place where the variants he meets could be hiding. Maybe that is why they are still alive since variants before “our” Loki have mostly been found, studied and pruned. One major hope is, that since Loki is alive, it is possible that all other variants, including Mobius could still be alive, and stuck in another post apocalyptic world.