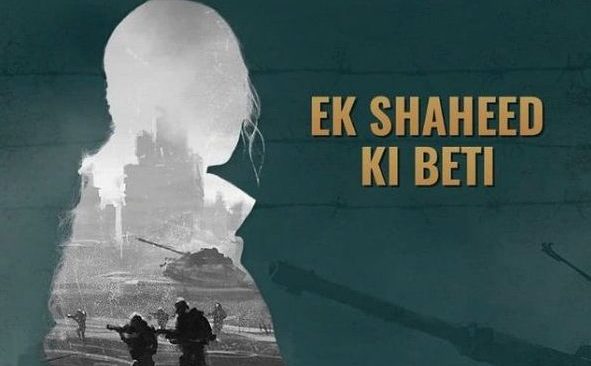 KARACHI: Zee5 just dropped the first teaser for one of its most anticipated web series, Dhoop Ki Deewar. The series, with its Indo-Pak wartime plot, has taken a promising lead with its star-studded cast and crew. The series will see Pakistan’s favorite on and off-screen couple Sajal Aly and Ahad Raza Mir, in addition to an incredible cast. But they aren’t the only real-life couple to grace our screens. We all will also get to see Samina Ahmed and Manzar Sehbhai in action as well as other well known names such as Zaib Rehman, Samiya Mumtaz, Raza Talish, Savera Nadeem and Paras Masroor.

If the cast wasn’t captivating enough, the fact that renowned writer Umera Ahmed has penned the script for Dhoop Ki Deewar, makes the web series even more exciting to look forward to. Ahmed is known for her brilliant writing that has the ability to touch the hearts of audiences not just in Pakistan but beyond. To add to the list of reasons why Dhoop Ki Deewar is likely to be worth a watch is that it has been directed by Haseeb Hasan. Hasan is known for directing some of the best dramas including Alif and Diyar-e-Dil as well as the acclaimed movie Parwaaz Hai Junoon.

According to reports, Dhoop ki Deewar is written in the context of the Pulwama and Kashmir attacks and it walks us through the reality of war and the trauma people have to go through, especially the families of martyred soldiers on both sides of the conflict. When the conflict first began, people became warmongers overnight, and that’s something that Ahad Raza Mir feel has been tackled in the series. He talked about how people often tend to overlook the consequences of war which is problematic and how shooting the war time plot was enough to take a toll on him.