Dabangg - The Animated Series is streaming on Disney+Hotstar VIP. 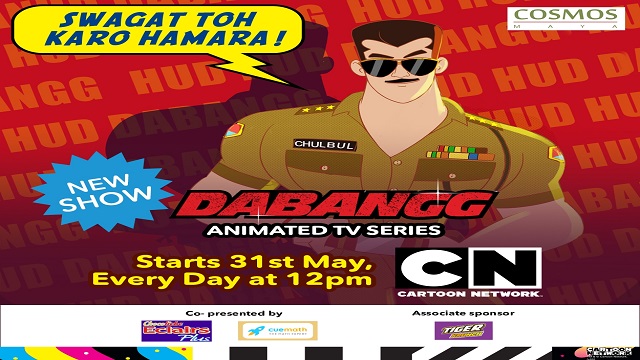 KARACHI: One of the most loved Salman Khan movies is hitting the screens as a cartoon. Khan’s infamous Bollywood franchise Dabangg is set to hit the screens as an animated series. The series is going to be an action-comedy that will follow the day-to-day life of Chulbul Pandey, a police officer whose main aim is to keep his city safe. Pandey’s sidekick is his younger brother Makkhi who is relatively new to the police force and often finds himself in sticky situations with his brother.

Even in the animated version, Chulbul Pandey is full of the Salman Khan charm that audiences love. And obviously Dabangg-The Animated Series, just like all of Salman Khan’s movies, is complete with catchy tunes, all of which can be seen in the promo that Khan shared. 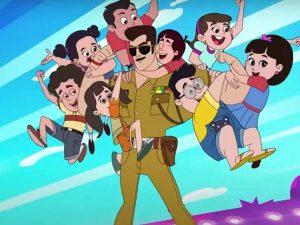 The animated series is being produced by Cosmos – Maya and Arbaaz Khan Productions and being streamed on Disney + Hotstar VIP. Salman Khan expressed his excitement for the venture stating, “Chulbul Pandey is a very special character for me because of the love that audiences have showered on him, and the movie, for over 10 years. Animation has opened up yet another dimension for this character.” His brother and producer Arbaaz Khan, who also voices Makkhi said “Dabangg for me, goes beyond just a film or a franchise. The thought behind creating Chulbul Pandey was to make him a household favorite, and the biggest compliment comes from all the love that this character has received from children.

The first eight episodes of Dabangg- The Animated Series season one are available for streaming and more episodes will be released regularly.