MPA Syed Abdul Rasheed has drafted a bill, "The Sindh Compulsory Marriage Act, 2021" which would abstain people from staying unmarried after the age of 18 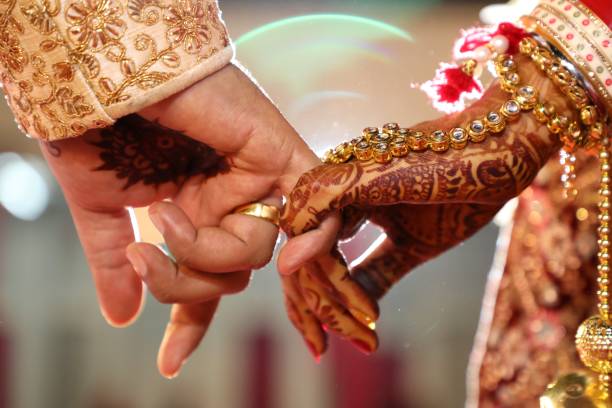 KARACHI: A bill urging marriage at the age of 18 was recently proposed by an MPA of Sindh, Syed Abdul Rasheed, hailing from the Mutahida Majlis-e-Amal. According to the drafted document presented by the member of MMA, anyone who turns 18 has to be married off. To ensure this, parents of the person not married at the age will be required to submit an undertaking with a justified reason specified for the delay. This reason will be put before the Deputy Commissioner of the District, according to a report by Dawn.

The bill also added that parents who fail to submit the undertaking before the law will have to pay a fine of Rs 500 each. As far as the objects and reasons section of the draft goes, it states, “This will bring well-being in the society.”

“If the bill is passed, rules pertaining to simplicity, dowry, expenditure, and SOPs will be passed. This will make lives more convenient for lower-income groups of the society,” he added in another tweet.

Ladies, consider adding these clauses to your nikkahnama before saying ‘qabool hai’

While the bill has been submitted to the assembly, people have stated raising concerns on the issue. Bakhtawar Bhutto Zardari took to her Twitter to ensure people that PPP will prevent the bill from passing.

Bill has been proposed by an JI MPA – will be bulldozed by PPP. https://t.co/LTaUipXtCN

“Bill has been proposed by a JI MPA – will be bulldozed by PPP,” her tweet stated.

In a video statement released by the MPA, he said, “It is my wish that all the members from treasury and opposition, will contribute in the progress of Sindh’s youth, their prosperity, and well-being and pave way for this bill’s approval.” He also added, “I feel that societal ills that become daily news such as rape cases, as well as unethical practices, are on the rise. Crimes are increasing. To control all of these things, according to the Shariah of our Holy Prophet PBUH, Islam has given the right to persons who reach maturity and turn 18. To fulfill this obligation is the responsibility of their guardians and parents.”

He also added that the expenditure on weddings might be a concern for people living below the poverty line in Pakistan, but it should be noted that the problem arises only because of our distance from Islamic teachings.

It is yet to be noted how the developments surrounding the Sindh marriage bill build further.