Ladies, consider adding these clauses to your nikkahnama before saying ‘qabool hai’

Column 17 of the Nikkahnama, where the bride can write her demands and clauses, is often cancelled out before she can write anything down on it 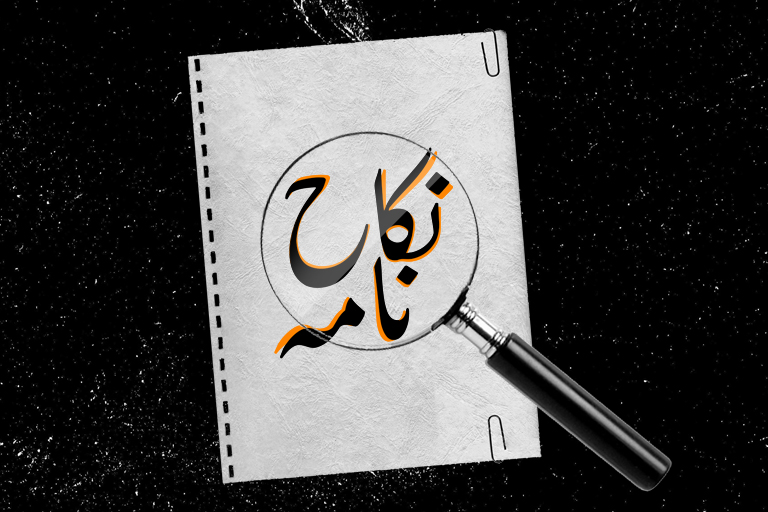 KARACHI: A nikkahnama is like any other legal contract. However, societal notions and sensitivities often supersede the need for security of the parties involved. Column 17, the part where the bride can write her demands and clauses, securing her position in her future marriage by law, is often cancelled out before she can write anything down on it.

Women have now started to talk about the nikkahnama, sharing heartbreaking stories of how they had planned their clauses earlier, only to see the section cancelled out on the day of their nikkah. Some fortunate women managed to succeed in writing their clauses as per their wish.

Never understood why the brown community looked down on women who wanted to read the whole nikkahnama and adding her own terms before signing it when it has to do with the rest of her life. You could be very secure/content with your partner and still do it. It’s our right. 🤷🏼‍♀️

It is strongly recommended to fully read the nikkahnama at least a day before your nikkah. We spoke to some women to share their experiences with us and here are the clauses and demands that you can rightfully ask for:

1. No marriage in the lifetime of the wife/No right to another marriage without permission
A society that places importance so much importance on a man being allowed four wives, without really looking at the details and conditions in such a case, it is necessary to ensure your marriage will not be crowded by another woman. It is a condition that was also put down by the Holy Prophet (PBUH) at the time of his beloved daughter’s nikkah.

“I heard Allah’s Apostle who was on the pulpit, saying, ‘Banu Hisham bin Al-Mughira have requested me to allow them to marry their daughter to Ali bin Abu Talib, but I don’t give permission, and will not give permission unless ‘Ali bin Abi Talib divorces my daughter in order to marry their daughter, because Fatima is a part of my body, and I hate what she hates to see, and what hurts her, hurts me.'” (Bukhari, No. 4887)

2. Amount of maintenance throughout marriage and/or in case of divorce
Nobody wants to think about termination when they get their appointment letter and similarly, nobody wants to think about divorce while signing the nikkah nama. We fear that a mere mention of divorce might turn our big fat weddings a little sour. However, times have changed and women wish to remain prepared for any unforeseen problems that might arise in the future. They realise now that the wedding is a mere event and the peak emotions the whole family projects during that time should not be decisive of a whole lifetime the bride and groom are to spend with mostly no one else but each other.

Some important points to consider in this regard could also be:
– In the case of cheating, the loyal spouse gets to keep the custody of the kids.
– In the case of divorce and kids involved, how will the weekends, vacations and holidays will be divided also expenses of the kids?
– How will assets be divided?

3. A separate house with husband separate of in-laws
If the bride feels her groom has the ability and finances to provide her with a separate space of her own, it is a right granted by Islam that she can ask for a separate residence.

While majority of our society feels a Bahu is someone who serves and keeps the family ties strong by ensuring her husband’s family stays close-knit and together, Islam never placed such responsibility on a woman. The serving of parents is a duty that sits on the shoulders of their own son. If his wife does it, it is considered ehsaan (favour) in the eyes of Islam.

Read: Comment: Why are we using father-daughter relationships to sell mattresses?

4. Monthly allowance
“Gold digger” is a word most profoundly used in this society for any woman who tries to secure financial stability in her relationship. While the word originally stood for people who entered relationships solely for monetary purposes, the meaning is twisted and turned to call any and every woman, who expects her husband to be financially secure for the good of both their futures, a gold digger. To every woman marching for Aurat March, the standard retaliation process is mostly always the Quranic Ayat that says:

“Men are caretakers of women since Allah has made some of them excel the others, and because of the wealth, they have spent.”
An-Nisa, 34


However, the same society conveniently forgets this ayat when women actually demand men take care of them and protect them financially.

These are just some of such clauses. Marriage is more than just an event and more than just a social contract. It needs to be treated as such. Women already face a lot of discrimination in the form of domestic abuse, honour killings, marital rape and many other heinous crimes. Let’s ensure that she’s at least treated fairly at the time of her marriage.