Desi gynecology: What makes it a no-go?

Gynecologists themselves can make women's healthcare difficult when they already hesitate to seek professional medical attention in most desi societies. Here's how... 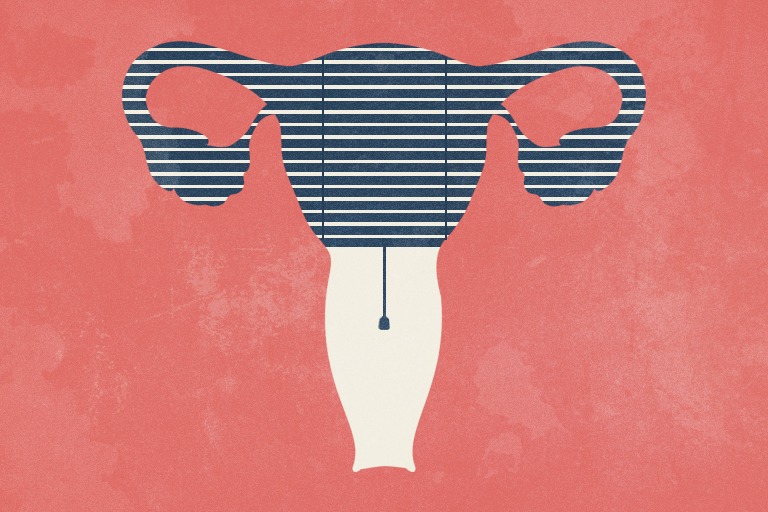 KARACHI: Women’s health, for women themselves, is pretty much an uncharted territory. From Tariq on Facebook who thinks it is Bayhayai (immodesty) and Ghalazat (disgust) talking about menstrual health, to Shabana aunty who thinks talking about sanitary pads on public forums will be the cause of society’s doom, there are numerous societal taboos our culture attaches to women’s health. However, what is more appalling is to find out that for women in Pakistan a visit to gynecologists can be pretty anxiety-inducing in itself. A space that is supposed to feel safe for women, becomes the place curating their insecurities.

Recently, renowned blogger Rahim Pardesi shared a video on his Instagram about the ordeal his wife went through giving birth to their son. While the unprofessionalism and a lack of expertise were horrifying, it was not remotely as shocking as the lack of accountability and apathy that followed, refusing to acknowledge what his wife, Somia Rahim went through.

The incident is one of many. Cutacut spoke to a few women who were willing to share their experiences regarding their visits to gynecologists in Pakistan.

The urge to get the patient married

The concept of sexually active without marriage is forbidden in Pakistan. But when a woman heads to the gynecologist, many of the first things assumed about her is that she must sexually be active. However, if she accepts she is unmarried, she is a gone case with all the judgment in the world headed her way. One of our respondents revealed, “This one doctor couldn’t catch my hyperthyroidism in time because I hadn’t gotten my period for 3 months. My mum told her I lived alone in Lahore. She made a face and asked me straight off if I was pregnant.”

Another respondent shared how the gynecologist was trying to force a confession out of her for something she did not do. The character certificate was ready to be handed out. “I lived in Pakistan for the past 7 years while I was in med school and my mom lived in Canada. She was in Pakistan once when I had my endometriosis attack and she rushed me to a hospital and the gynecologist at that hospital refused to give me my meds because she was convinced that I had an ectopic pregnancy which ruptured by looking at my condition. For the next 2-3 hours, she tried to convince my mother that I was pregnant and needed immediate attention despite the fact that I kept on saying I wasn’t sexually active. She told my mother I was lying the whole time and tried to force me to confess.”

Other than that, there have been women who have been told marriage (read a sexually active routine) would solve their problems. This is a prime example of gaslighting because it does not diagnose the problem the patient actually has and discards it under the guise of no big deal. “When I was unmarried, I visited several gynecologists because I had fibroids. The first one told me they would miraculously go away if I got married. Another told me that I should just get my uterus ripped out because I was in my mid-30s and unlikely to have kids anyway! Eventually, I had a myomectomy and all was good and I managed to keep my uterus perfectly intact!”

The urge to get a married patient to conceive

Guess it is not just your phupho who wants you to have unprotected sex with your spouse and breed like rabbits, just because. A woman reported an OB-Gyn enforcing that she sorts out her marital issues and conceive. “The junior doctor who took my medical history and the actual OB (a really big name in Pakistan) kept on asking about why I haven’t reproduced after “shadi keh 6 saal”. I wasn’t there to seek medical attention for that matter. I was there because I was experiencing pelvic pain. When I told them that I didn’t want to have children at that point in time, the junior doctor gave me a look of consternation (as if I had mental problems). The OB was just unbelievably rude to me; told me that my marriage must be problematic and that I was not being ‘practical’. When I told her that I was in the middle of my Ph.D. in the US, she had the audacity to say that my research wouldn’t mean anything if I didn’t have a family life.”

Another respondent revealed how she was sent back home for consulting the doctor for something other than conceiving. “I went to my gynecologist for issues related to my ovaries and she told me to come back when I wanted to have a baby.”

The urge to doubt

Skepticism within gynecologists is something that reportedly comes plenty in Pakistan. Nothing hurts us more than a consenting couple or a woman who knows her body and owns her sexuality. “Once I wanted to get a test done which was specific to married women but since I’m quite cautious of my health so I wanted to get it done. My doctor friend who is in another city prescribed it and I showed it to the sonologist. She was so skeptical it was showing from her face. She didn’t say it verbally but her face told me that she thinks I’m adulterous.”

Pakistan is a country where sex education is really scarce. Most information on the matter in Pakistan comes from porn websites, which is extremely dangerous in itself because it not only sets unattainable expectations between partners but people also ignore the fact that those videos are made in a controlled setting. Accidents pertaining to a general lack of knowledge are the result. Due to this, many women, and couples in Pakistan consult gynecologists to understand their bodies better. For this, it is imperative that gynecologists create a healthy and safe atmosphere for women to be able to be as upfront about their health as possible.

The fear of judgment should be left outside as the patient walks inside the doctor’s clinic.

How much do you know about Movember?