During an episode of Time Out with Ahsan Khan, the cricketer revealed that he has shot a couple of scenes for a drama in which he will make a special appearance 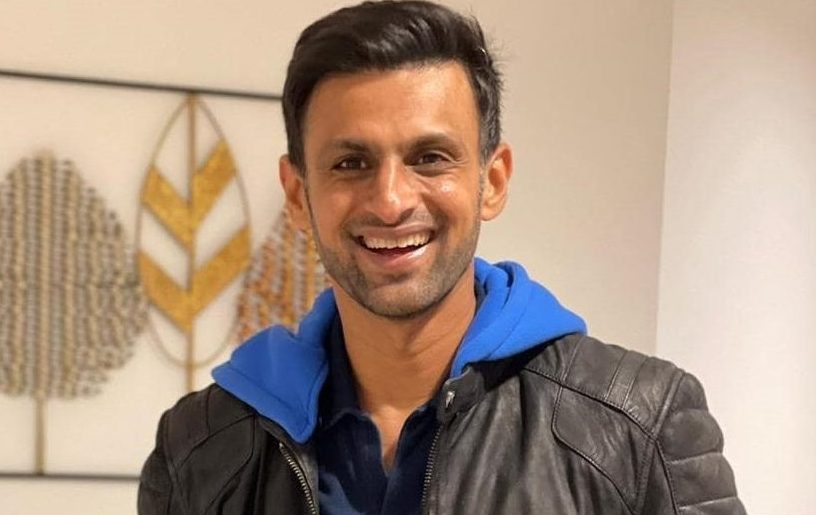 KARACHI: A recent episode of Time Out with Ahsan Khan seemed to have revealed quite a few secrets surrounding the entertainment industry. On the show, Sonya Hussyn revealed that she has not been paid for Tich Button while Shoaib Malik hinted at his upcoming acting debut with a drama. The conversation began with host Ahsan Khan questioning the cricketer about his interest in acting and Malik confirming that he loves to act. While his main focus remains cricket in which he said he has a lot more to achieve than he already has, Malik spoke in the favour of exploring new avenues and experimenting.

Ahsan Khan hinted towards Shoaib Malik having recorded a scene for a drama while the latter confirmed that he has indeed, shot more than just one scene. While not much has been revealed about the cricketer-turned-actor’s new project, his role is likely to be a special appearance. Considering the fact that Sonya Hussyn was invited as a guest on the same episode, perhaps the two could be starring in a drama together as well. However, the details are yet to be revealed to Malik’s fans.

His appearance in a drama might be a surprise for many, but Shoaib Malik has been making appearances on local television recently. A permanent guest on the game show Jeeto Pakistan, Malik has been seen around celebrities from the entertainment industry recently. He also looks very comfortable on camera and combined with his love for acting, Malik might have a pleasant change in store for his viewers.