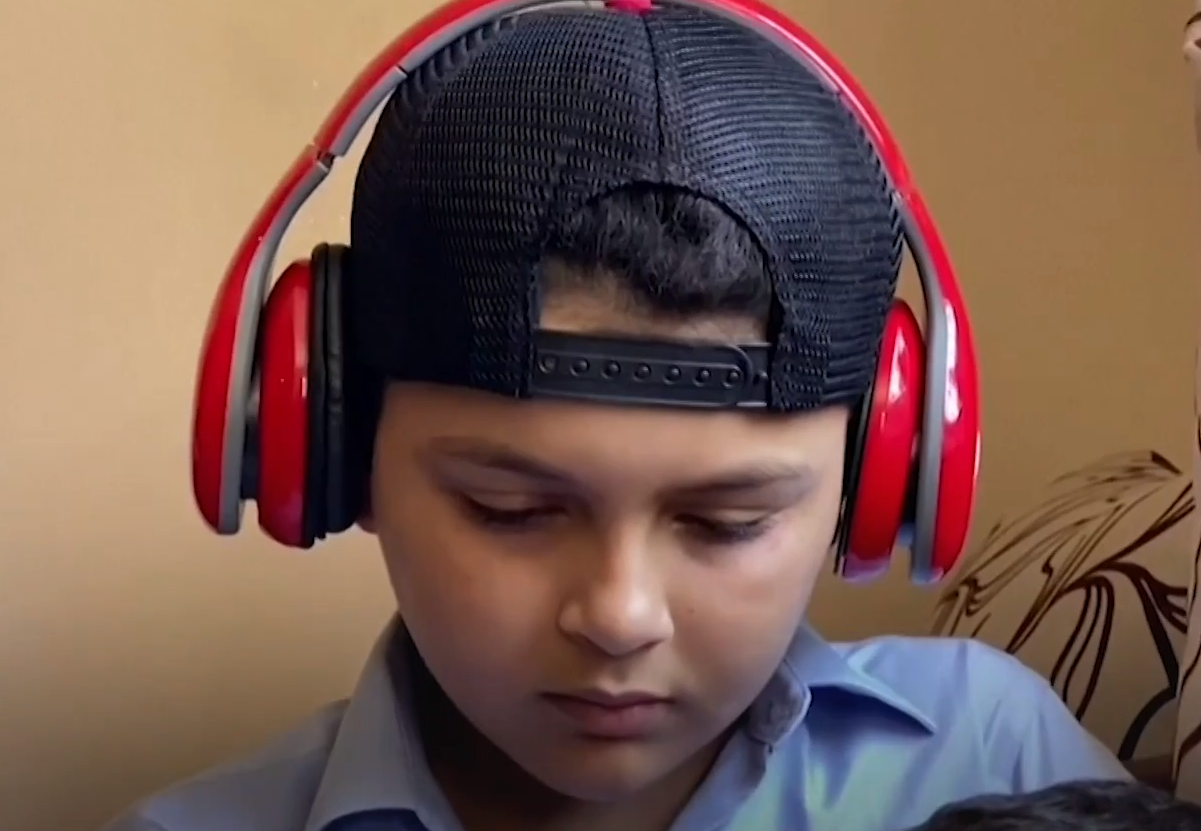 KARACHI: Nothing can be more heartbreaking than children fighting to stay alive. From pictures all over the internet that depict the brutality Israeli soldiers expose Palestinian children, to reports of 78 Palestinian children killed within the last week – it is all extremely overwhelming to take in and accept as our world’s reality. A reality where world leaders advocating human rights would selectively ignore the cries of women and children in Palestine. However, a ray of light amidst this crisis is a 12-year-old rapper from Gaza, Abdulrahman al-Shantti.

At an age where under normal circumstances, Shantti would be attending school, playing around with his friends in the street, he instead comes up with rap and rhymes that depict the political turmoil. The very same turmoil has this rapper from Gaza stand atop rubbles of collapsed buildings in Gaza, rapping to bring attention to the ongoing human rights violation in his homeland.

This past week has been very tough for my home, Gaza City. I just want the world to know about the situation in Palestine.

Music is what keeps me going.

Thanks to @gmcbeats in #Ireland for the help with this.

Stay safe everyone. All we want is peace
#palestine #gazacity pic.twitter.com/gFtYsJ78A6

“This past week has been very tough for my home, Gaza City. I just want the world to know about the situation in Palestine. Music is what keeps me going,” he wrote.

He thanked GMC Beats from Ireland for helping him put together the aforementioned piece. “Stay safe everyone. All we want is peace,” he added.

Last year, the rapper from Gaza had also given an interview to Al-Jazeera. During the interview, he said, “I want to tell the outside world how the Palestinians live in Gaza and how we as children are supposed to live like normal people but don’t.”

He also revealed how he initially began rapping for fun, and simply because he memorized a song Not Afraid by Eminem and realized he is good at rapping. His father Saleh told the publication that his son is self-taught. The father-and-son duo records Abdulrahman rapping on Saleh’s phone. As his father, Saleh said he is proud of Abdulrahman, whose original lyrics talk about experiencing three Israeli offensives during his 11 years on Earth.

Recently, Pakistani actor Osman Khalid Butt also talked about the rapper in one of his tweets and urged that people amplify the voices of such artists from Palestine.

The young rapper’s videos have also been shared by BIG HASS on his Twitter.

While children like Shantti do bring hope for a better, more informed tomorrow, one cannot shake the feeling of how war-stricken these children must be that their leisure and creativity are etched with survival instincts. Works from rappers and artists like Abdulrahman Shantti will be remembered through history as a mode of documentation as well as a child’s perspective of the ongoing brutalization. Their works will recount their fears for generations to come, and echo the currently suppressed cries of the Palestinians. We hope Shantti’s voice will pave way for Palestine’s freedom.