Featuring Muneeb Butt, Madiha Imam and Saboor Aly, the first look of the drama hints towards the themes of marriage and heartbreak 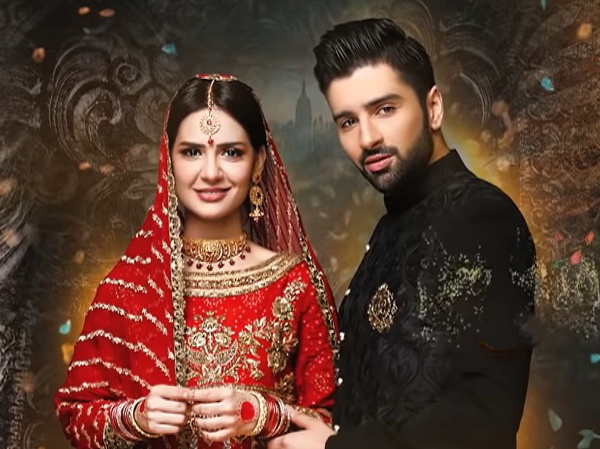 KARACHI: The cast of drama serial Mujhe Wida Kar had been dropping hints for their fans since the summer of 2020. From team pictures to photoshoots for the project, Madiha Imam, Saboor Aly and Muneeb Butt had audiences intrigued for months. The wait is finally over and months later, ARY Digital has finally released the first teaser of the project.

The first teaser of the drama establishes Madiha Imam and Muneeb Butt as key characters of Mujhe Wida Kar. Imam plays the role of a girl who has always dreamt of being married to a man who would swipe her off her feet. Though she does get married to Butt’s character, the two do not seem to have a happy marriage and Butt seems to have left her.

Saboor Aly, too, makes an appearance in the teaser, dressed up as a bride. Could the drama be yet another love triangle if Aly plays the role of Butt’s second wife? Only time will tell.

The project is being directed by Saqib Zafar Khan and produced by I Dream Entertainment, while the script has been written by Samra Bukhari. Mujhe Wida Kar is the first time that Madiha Imam and Muneeb Butt will be sharing the screen while both of them have different projects on air at the moment. Imam plays key roles in Hum TV’s Safar Tamam Hua and Ishq Jalebi, a Ramzan special on Geo TV. Butt, on the other hand, is one of the lead characters in drama serial Qarar on Hum Tv.