Lack of focus throughout the narrative, predictability, and a dialogue-driven approach make the film fall just a little short of achieving its intended glory 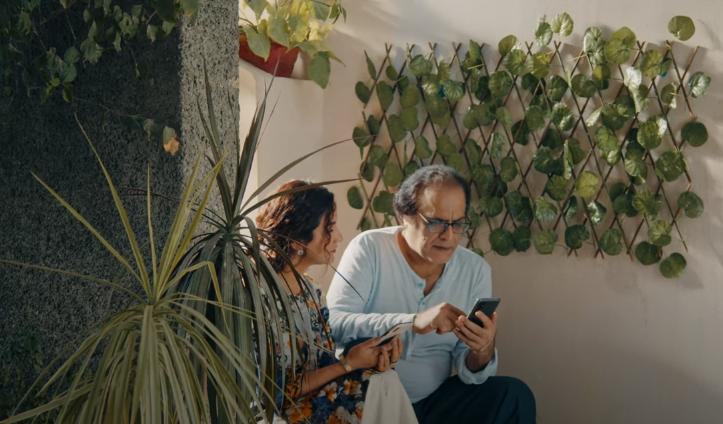 KARACHI: SeePrime has been churning out short film after short film, in which they aim to tackle some of the toughest subjects faced by society. Loss of loved ones, harassment, child molestation, fraud and dishonesty in workplaces, and more recently, the value of family and parents – these are just some of the themes of the platform’s more recent short films. Adding to its list of originals, SeePrime has released released another short film, Bano Aur Bachchay.

The short features Mehmood Aslam, Anoushay Abbasi, Mohsin Ejaz, Hani Taha, and Najaf Bilgrami in lead roles. Bano Aur Bachchay is a heartbreaking tale of a father who has been left alone in his house with the memories of his deceased wife and a son who none of the other children expect any good from. The two elder children have gone about their lives, busy and barely concerned about how the father is doing on his own, often using phrases like “Ammi hotien tou” (had mom been alive) to get things done their way.

Jojo, the youngest son, however, is the most struck by the recent revelation of his father being a cancer patient. The character wants to put all his personal issues aside and be there for his father, while the other two children have a hard time figuring their own positions out before they realize it is not about them at this point.

Mehmood Aslam, Anoushay Abbasi, and Najaf Bilgrami do a splendid job, bringing their characters to life. However, acting could be a lot more improved for Nabhan Masood, the actor who plays Jojo. The character is socially awkward and one can really sense the awkwardness as the actor speaks his dialogues. However, that does not in any way mean the dialogues should be devoid of emotions and sound flat.

On the other hand, the film could improve itself in the area of sound automation and control. The sound does not appear directional. With a stereo set as the film’s sound mode, more attention could have been paid to ensure that visuals compliment the sound, particularly their directions. While the film has been shot on 4K, the frames hardly appear cinematic. The reason for that perhaps is flat lighting, lack of shadows, and the absence of a colour palette in art direction.

Some dialogues appear abrupt, particularly the one where Nasir’s character has an outburst during breakfast. He appears calm and withdrawn, and suddenly without any provocation, bolts back to the table, slams his fists, and throws a tantrum. While the character has been bottling up frustration, the timing of his outrage feels a few seconds too delayed.

The characters’ arcs do not shift by the end of the story. They shift somewhere in the middle. The anticlimactic resolution is perhaps achieved before Nasir dies, however, audiences watch on hoping for something else to come up. But it does not.

The narrative could have been a lot more packed and concrete, with all characters having their own arcs and shifts. Mahnoor’s character (played by Hani Taha), apart from bringing into notice that Nasir could have married someone else after Bano, does not serve many purposes. Apart from that, the narrative is mostly dialogue-driven, something that has been typical for Pakistani content. There needs to be visual storytelling for films, and this original by SeePrime severely lacks it.

While the film does open with good intentions, the point gets lost somewhere along the way. Lack of focus throughout the narrative, predictability, and a dialogue-driven approach make Bano Aur Bachchay fall just a little short of achieving its intended glory.

We believe all of the crew members and the cast of this film have it in them to achieve much greater when it comes to original content, and so does SeePrime. Here is to hoping the platform generates awe-inspiring content as it moves forward and learns more.