Featuring Faizan Sheikh in a key role, the short film places the blame on channel heads as well as the audience for readily consuming bad content 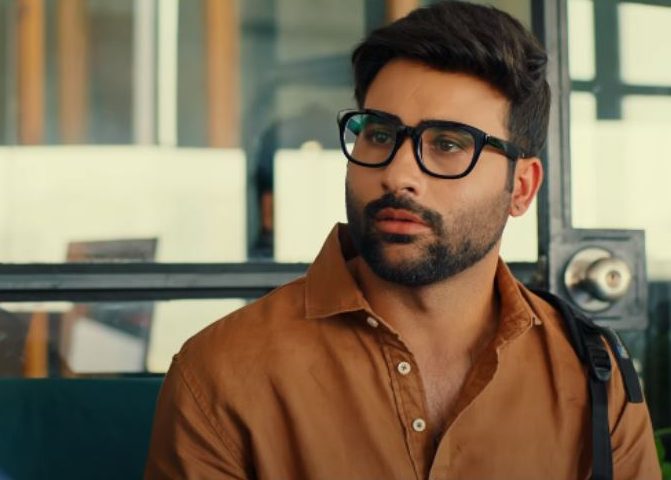 KARACHI: It is often a serious complaint of many that our television fails to produce any content that can spark thought. It is the same story over and over again, tweaked a little with newer cast members to perform it. But the core content remains the same. Not only the genre but also the very narratives often feel repeated. The internalized misogyny amongst the lead characters is transmitted to the women watching those stories on television. See Prime explores this dilemma in its latest short film, Kahaani, featuring Faizan Sheikh.

A writer is assumed to be someone who enjoys the most creative liberty when it comes to filmmaking or scripting for a drama. However, that is hardly the case as most writers lack any agency over the creative decisions they make when it comes to their plot points. These points have been laid out for a while and most channels heads require them to ‘follow’ those points than actually invent a story inspired by actual realities of life.

Faris (played by Faizan Sheikh) wants to use actual incidents that happen around him to make his story more relatable. As spring approaches (the couple stops using the heater a month earlier), he wants to talk about the frequent kite accidents that occur at the time of Basant through his story. His take on Kahaani (story) is as a realist. However, the channel head (played by Yasir Aqueel) has other plans. He wants him to dramatize, recycle the more ‘formula’ content because while it is sensational, it is a more certain way of getting in the numbers. Soon enough, the head’s theory is confirmed as Faris’ own wife (Maryam Noor) consumes repetitive content, full of saas-bahu issues that only pit one woman against the other. The ones that seek new and original content are only a few in number. Many others are simply comfortable in the repetition.

The writer struggles to make his ends meet and ultimately gives in to the demand of the channel head for his rent and electricity bill is due. At this point, one feels Faris is not really a writer, but merely a transcriber. Nothing in the story belongs to him.

Speaking about the short film Kahaani, the executive producer of See Prime, Seemeen Naved says, “This film is a great example of how one has the power to decide whether to function according to their morals or not, in any phase of life.”

The actors and their blocking is managed splendidly by Asad Pathan. The script feels like Shahid Dogar’s personal struggle expressed beautifully. However, one area where the film could improve is its lighting department. In a few areas, the lighting falls flat on the faces of the actors, deleting any essence of shadows. The harsh frontal lighting also removes the drama in some places where the script rather requires its lighting to have a stricter contrast. The scenes shot in daylight, specifically in the waiting area where Faris waits, have been captured pretty well. The art direction of the scenes particularly shot in the waiting area is also noteworthy. All three actors pull off their characters effectively. However, Faizan Sheikh, a natural at acting as he has always been, amazes the audience yet again with how extensive his range of roles can be. You really see him as a struggling writer who is struck by the misery of inflation, creative block and dictation when all he wants is to express himself creatively.

See Prime urges people to write their own kahaani and not dictate it to someone else. Otherwise, our lives will fall prey to the monotony and repetition of our art too.