Raqs-e-Bismil accused of plagiarism for its poster 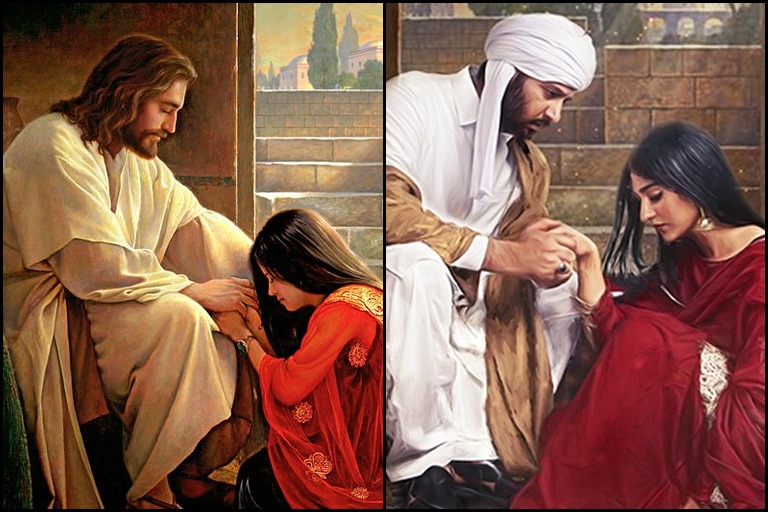 KARACHI: Raqs e Bismil is a drama that has won its audience over for the way it employs spiritual messages within its narrative. The drama depicts a woman’s return to salvation by the help of a man who wants nothing less for her than to simply guide her to the righteous path. However, Raqs-e-Bismil has recently been accused of plagiarising its poster from ‘Forgiven’, a painting by an American artist, Greg Olsen.

Bro even raq se bismil got so inspired by @albabajwa that they just copy pasted the whole painting 😩😩😩#Raqsebismil pic.twitter.com/Q5Jli8fHLv

Meanwhile, the narrative reflects the story of Jesus and Mary Magdalene. While some texts interpret Magdalene as a prostitute, a woman who needed salvation and guidance, ending up being saved by Jesus Christ, others suggest she was a trusted companion of the prophet. She was also a witness to his crucifixion. It is possible that Raqs-e-Bismil follows the first interpretation as it portrays Moosa (played by Imran Ashraf) as a religious man, whose aim throughout the drama is to bring Zohra (played by Sarah Khan), an escort, to what he believes is the right path. The characters can be seen mirroring the stories (if not personalities) of people they are inspired by.

It is possible that the similarity between the two was deliberate. However, a credit to the original source could have sufficed.

Greg Olsen‘s paintings are no strange to many corporate spaces as well as churches, hospitals, and convent schools. Most of his paintings depict Jesus Christ helping out and blessing people wherever he goes.

A post shared by Christian Art By Greg Olsen (@gregolsenart)