The former police officer had been filmed kneeling over Floyd's neck for nearly nine minutes leading to his death. 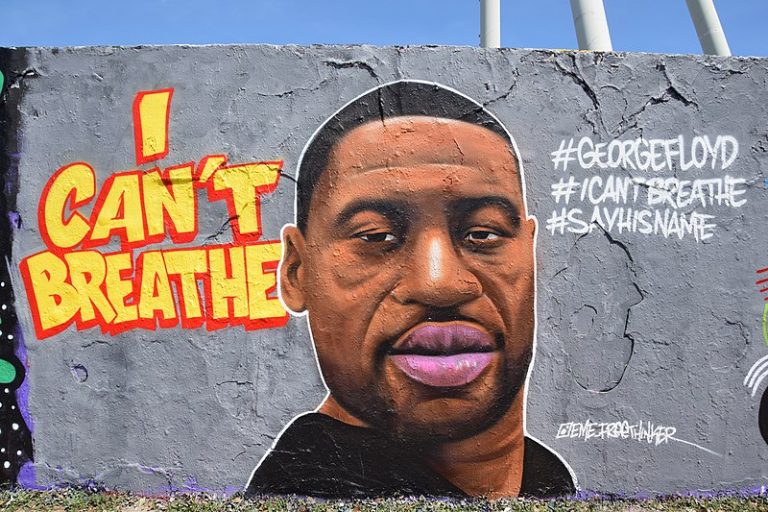 KARACHI: On 20th April 2021, a trial regarding the murder of George Floyd took place in Minneapolis, Minnesota. Derek Chauvin, the police officer whose actions lead to the death of George Floyd was found guilty on three charges: second-degree murder, third-degree murder and manslaughter. Consequently Chauvin could be facing up to 40 years in prison. His actions and the use of excessive force lead to the mass #BlackLivesMatter protests internationally.

The arrest that changed the world:

George Floyd was arrested on 25th May, 2020 by Chauvin, a white police officer and two other colleagues, who will also face a trial. They claimed they were responding to a 911 call about a man trying to use a counterfeit $20 bill and that Floyd fit the description. When arrested, the officers claim that he tried to resist arrest.

Body cam footage that was shown in court proved otherwise. Floyd was cooperative throughout and even kept apologizing. However, when handcuffed and put into the police car, he stiffened and fell to the floor. He kept explaining that he was claustrophobic. This is when Chauvin intervened and placed his left knee between his head and neck to restrain him. For almost nine minutes, Floyd was kept in the hold that eventually suffocated him. He repeated “I can’t breathe” nearly 20 times but Chauvin still did not let go. All Chauvin had to say was “then stop talking, stop yelling. It takes heck of a lot of oxygen to talk.” At the 6 minute mark in the video, Floyd became unresponsive and when urged by the bystanders to check his pulse, the officers did. Chauvin did not remove his knee despite the fact they couldn’t find a pulse.

A white US police officer has NEVER been convicted of murder of a Black man – there’s been almost 150 in last 5 years. Let that sink in. We are all relieved but we are a long way from justice. It takes 9 minutes of being on someone’s neck. That’s the threshold. #GeorgeFloydTrial

The jury deliberated for 10 hours before they reached the verdict.

Powerful testimony came from the witnesses from the arrest. Darnella Frazier had only been 17 when she filmed the video of the arrest that vent viral. In her testimony she confessed there were nights when she would lay awake “apologizing to George Floyd for not doing more and not physically interacting and not saving his life”.

The elderly Charles McMillian was also a witness and when the arrest footage was played out in court he broke down in tears and said that he felt “helpless” when the arrest took place and had even confronted Chauvin because “what I watched was wrong”.

The head of Minneapolis police, Chief Medaria Arradondo, testified against Chauvin. He had fired Chauvin the day after the events had unfolded and told the court that “that level of force” should have eased when Floyd stopped resisting. “It’s not part of our training and it’s certainly not part of our ethics or values” to continue with such force, he said.

Chauvin chose to invoke his fifth amendment rights to refuse to answer questions during the trial.

REACTIONS TO THE VERDICT

The guilty verdict was met with joy as several hundred people cheered outside the court.

President Joe Biden and Vice President Kamilla Harris called the Floyd family after the verdict came out and Biden was reported to have said “at least now there is some justice”.

President Biden and VP Harris call the Floyd family after the GUILTY verdict! Thank you @POTUS & @VP for your support! We hope that we can count on you for the police reform we NEED in America! ✊🏾 pic.twitter.com/cg4V2D5tlI

It is expected that Chauvin will appeal the decision.