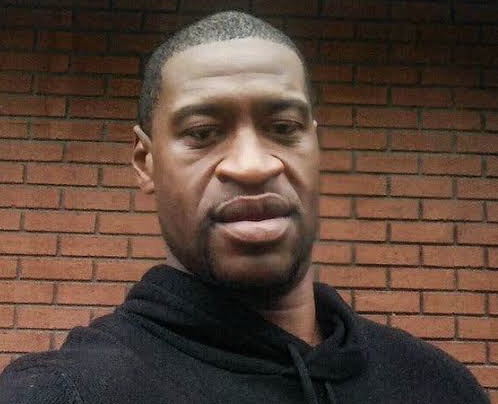 KARACHI: Hundreds of people took to the streets in Minneapolis in the US to protest against the police after yet another unarmed African American was killed as a result of police brutality. George Floyd, 46, died after being handcuffed and pinned to the ground by an officer’s knee.

The entire episode was recorded on video by a bystander and shared widely on social media.

As a result, the officer in question, identified as Derek Chauvin, and three of his colleagues who were present at the scene have been fired from their jobs. However, relatives of the victims called for the officers to be charged with murder.

“They treated him worse than they treat animals,” Philonise Floyd, Mr. Floyd’s brother, said on CNN. “They took a life,  they deserve life.”

The video showed the aftermath of Floyd’s arrest, with him pinned to the ground by the officers knee and pleading that he couldn’t breathe.

A few minutes later, he is shown motionless on the ground. Bystanders are also heard pleading with the officer to stop and that Floyd’s nose was bleeding. However, the officer did not move his knee till an ambulance arrived.

The video did not show what had happened before the officer pinned the man to the ground by his neck.

Following the incident, hundreds took to the streets, despite the current ongoing pandemic, calling for justice and end to institutionalised racism and police brutality. According to The New York Times, police used tear gas and other means to break up protests in Minneapolis.

Meanwhile, President Trump called the incident “a very very sad event,” and added that “Justice will be served!”

….I have asked for this investigation to be expedited and greatly appreciate all of the work done by local law enforcement. My heart goes out to George’s family and friends. Justice will be served!

i cant believe this is happening this is insane #GeorgeFloyd #minneapolisriots #icantbreathe pic.twitter.com/4NKyR70R9A