Pakistan ranked 6th in terms of internet usage in Asia 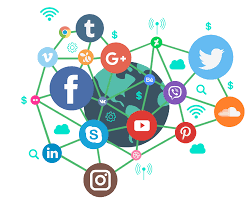 KARACHI: In the age of social media it seems as though nearly everyone has access to social media. Irrespective of social strata or age, apps such as Facebook, WhatsApp, TikTok, Netflix and Instagram are being used at a large scale. Statista recently published a report on the top ten Asian countries with the highest number of internet users in 2020 and Pakistan ranked 6th. As per the report, a geographic analysis showed that China’s population made up 37.1% of internet users in Asia and India came next accounting for 24.3% of users in Asia. Pakistan ranked 6th, contributing 3.1% of internet users.

The Pakistan Telecommunication Authority (PTA) press release observed a net increase of 15% internet usage in the last week. PTA attributed the increase in the number of internet users to the fact that almost all educational institutes, offices, and businesses have been shut down physically and have instead implemented a “work from home” policy.

Press Release: According to information being collected from telecom operators by PTA, a net increase of around 15% in internet usage was witnessed since last week as the country fights against #Coronavirus. #InternetusageinPakistan pic.twitter.com/0FK85BCFGW

The press release was quick to assure readers that “there is sufficient internet capacity available in the country to meet the growing demands of the future.”

With the current pandemic showing no signs of easing down, the assurance is much needed as there is heavy reliance on fast internet to get through classes and meetings.