Digestive Showtime's 2 Sey 5 is a short film where divine decree, mysticism, and the art of storytelling meet 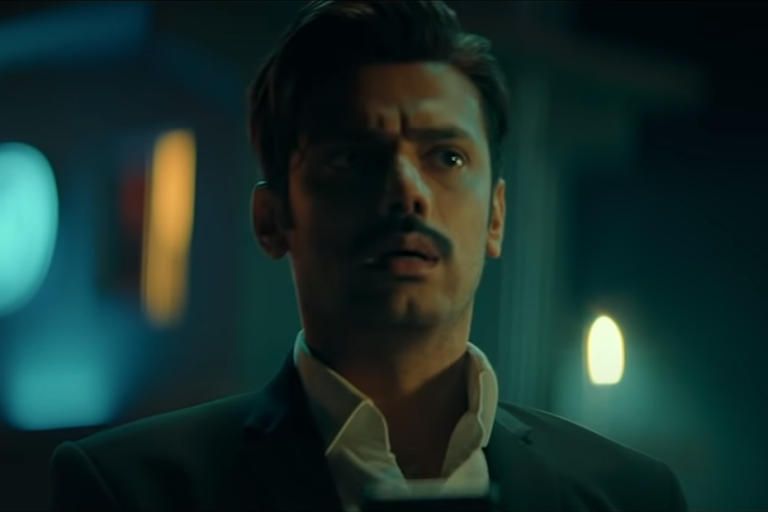 KARACHI: Digestive Showtime has recently released 2 Sey 5, a short film that speaks more than it talks. With Zahid Ahmed oozing charm as a rich, inconvenienced man Kabeer returning home from a party until his car breaks down, one initially wonders what the point is that the film is trying to make.

With its subtle progression, the story of Kabeer unfolds in front of our eyes. It is not until he is held at gunpoint that we understand his purpose in the entire narrative. The realization is a fleeting moment. However, the story keeps building up until that point from the very start. You can tell Kabeer is not habitual of many inconveniences in his life. He drives an automated car. Has someone at his beck and call, should his car break down in the middle of the road. Attends parties he really has no business going to and does not carry cash. For someone like him, who does not even converse in Urdu, and primarily speaks English, it becomes even more difficult to understand the more local languages that people at the gas station speak, i.e., Sindhi.

The use of Sindhi has been placed smartly. With Sindh comprising a number of Sufi Saints and their final resting abodes, it is not strange that the mysterious man who fixes Kabeer’s car is a Sindhi who believes in mysticism. In the film, Sindhi becomes a vessel of mysticism and spirituality. The most pleasantly surprising aspect of the story is that none of what the mysterious man says (after they share a joint) in a language Kabeer barely understands, gets lost in translation. 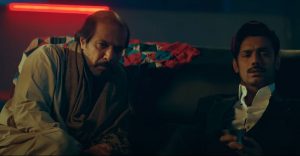 Kabeer may not fully grasp what the man might be saying, but he is thinking the same things. The gas station, an upside-down alternate reality of Kabeer’s perfect life is what he needs to really step out of his comfort zone and realize he is not just meant for attending meaningless parties. The car does not work here, the phone’s battery dies, neither do they know what sparkling water is nor do they accept cards. The endless space and the infinite loop of staying stuck in the gas station is a thought that mirrors itself in Kabeer’s action as he kicks a ball and the ball comes back in the frame. It could only mean two things; either he feels stuck here forever. Or the place is unwilling to let him go until he becomes aware of what the place is trying to achieve with him.

His past, his present, his problems – repressed traumas from childhood, as well as his minor inconveniences from the very day of him getting stuck at the gas station are preparing him to save someone. You know he has realized his purpose as he puts the gun to his forehead and stares at the gunmen dead straight in the eyes. He has carefully been put there by the invisible hand for this very moment.

As soon as that purpose is fulfilled, dawn occurs and the gas station has different people working. Those people are completely oblivious to what unfolded during the night. The new shopkeeper finds Kabeer’s behavior rather weird. This attitude suggests the idea that perhaps the very people we find confusing know something we do not know yet. What has unraveled itself to them, has not unraveled to us yet, or in a way, it did to them.

By morning we see a shift in Kabeer’s character – he is visibly calmer and reassures the girl (played by Becks Khan) that the place is safe. The very place he couldn’t wait to get out of during the night. This is in stark contrast with Kabeer kicking the ball, and the ball coming back to hit him from behind.

Zahid Ahmed compels you to feel Kabeer’s annoyance throughout the whole film. The character can be annoying at certain points with his sulking and panicking. But that is exactly what they are trying to achieve. Towards the end of the film Kabeer finally gains the composure he had been missing out on. Just like the voice in his car, his “software has been updated”. 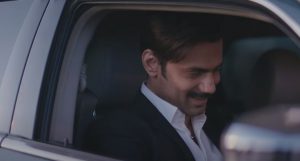 The name “Kabeer” has effectively been used for the protagonist. A Sufi saint, revered by Sikhs, Hindus, and Muslims. Much like his namesake ‘Kabeer Das’, our protagonist Kabeer is also on a road to self-discovery, something that does not only open itself to people of a certain religion, but to all.

Director Najaf Bilgrami ensures a smooth flow and keeps the entire sequence as natural as it can get. The slow-paced sloth-like shopkeeper during the night, played by Aadi Adeal Amjad does not at any point feel like he is overdoing his dorkiness. In fact, that character feels highly relatable. It feels like he has all the time in the world. The next morning he is replaced by another shopkeeper, played by Bilgrami himself. That shopkeeper has a no-nonsense attitude and has things piled up. He speaks quickly and does not clarify or asks any questions. All of his statements are extremely straightforward.

What really stands tall, however, is the character of the mysterious Sindhi man played by Adnan Jilani. At first glance, one cannot even recognize it is him. He fully dons on the character and refuses to let go, and although he is mysterious and even intrusive when it comes to Kabeer’s car, he never feels sinister. He too has carefully been put there by an invisible hand. 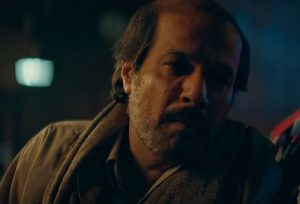 It would be wrong to not praise the way lighting has played its part in moving the narrative forward. The lighting keeps the magic alive. The contrasts with low source lights at the gas station, the car’s headlights, and the neon lights keep matters urgent. The cars are ready to leave with their lights always turned on throughout the film. However, they only leave once those lights are turned off, and natural light fills the realm of the film. The lighting itself is a character, and not just there for the aesthetics.

The film may not offer a moment of surprise with its ingeniously natural unwinding, but it offers numerous rhetorical questions and chances to take a look at oneself and reflect. At first glance, it may not feel like Digestive Showtime had a higher purpose to achieve with 2 Sey 5, but as it progresses it rattles you into self-awareness. The time that elapses within the film may just be 2 Sey 5, but it really is the protagonist’s entire life coming face to face with him.