Who is Axeem Khan, and why do we care?

Saba Qamar's significant other has garnered both, congratulations and heat 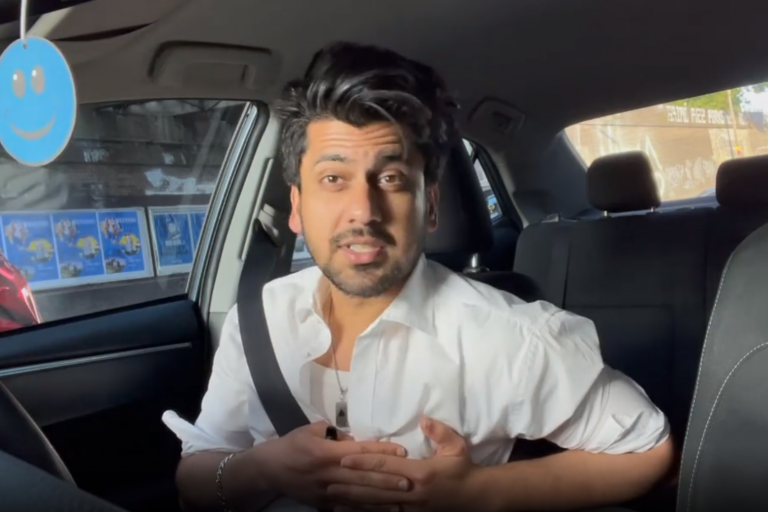 KARACHI: Saba Qamar recently sent the entire media industry on a frenzy after she broke the news of her courtship with the famed social media personality – Azeem Khan. Saba Qamar has been critically acclaimed for the powerful women-centric roles she plays, along with the feminist issues she raises through her own YouTube channel.

Soon afterward, along with numerous messages of congratulations, a number of women came forward with allegations of cyber-bullying against Azeem Khan.

Ujala Khan, a travel blogger currently residing in the USA, shared her experience on Facebook in which she shed light on the cyber bullying and violation of privacy she allegedly faced at the hands of Azeem Khan.

“Let me tell you what exactly he did: He acquired my posts, comments, and photos from a closed women’s only group … he took content I created for a female audience … PRIVATE CONTENT … and put it on full blast on his public social media channels (populated by incels and the vilest of Pakistani men) urging his followers to ATTACK me.”

Ujala then mentioned how his actions fueled a hate campaign against herself, with threatening messages from a number of his fans and followers. “He posted photo after photo, screenshot after screenshot and his comments sections kept filling up with the most disgusting hate and vitriol for me … a lot of which ended up in my DMs as well. I was called all kinds of nasty names and rape and death threats were made to me. Yes, you read that right. His posts led to multiple messages in my inbox from guys telling me they will find me and they will rape me or kill me. What led to this outrage?”

Ujala explained how her personal opinions which she only wanted to share in an all-women’s group on Facebook were screenshot-ed and circulated without her consent. In that post, Ujala was talking about female sexuality, an idea that is largely frowned upon in a patriarchal society like ours, where women are scarcely considered autonomous of their own bodies.

“My outspoken, liberal feminist outlook in general and one post in specific: a post I had made about female sexuality and taking charge of it. A post I made in a closed women’s group for an all-woman audience. He screenshot-ed it and posted it for the world to see because apparently, I was taking our young generation down a dangerous path. By talking to women about female sexuality in a closed group. I guess what he did by sharing that private post on a public forum was a good deed, eh? That’s just one example. This man has done the same (or worse) to other women I know and many I don’t know. Most of us have received rape and death threats and nasty, nasty messages.”

Following this, Azeem Khan took to his Instagram to address the issue. In the video that went up on his social media, He first thanked everyone who congratulated him and Saba Qamar over the news of the two tying the knot. “I just want to say thank you to everyone out there for showing us a great amount of love and support for the last two days. I am very thankful to all who have sent wishes from my side and from my wife-to-be’s side,” he said.

He then pointed towards barking dogs in the background and said, “It rains and these insects do not come out? That cannot happen. Hence there were a few who did come out and tried saying strange things about me.” He then added being wrongly accused by these people and would like this video to be an answer for them. “What is the point of uploading status on social media? What is the point of reaching out to albums or people who work in the industry asking ‘can you please repost this, can you please repost that blah blah blah.”

He again asked what is the point of taking what matters to you on social media. He laid emphasis on getting things done through a ‘proper channel’, where he suggested the accusers reach out to him through the court systems and immigration departments of both their and Khan’s countries.

“Is it necessary to create a fuss on social media, knowing the fact that you lack proof and evidence? You are ruining somebody’s future for temporary fame,” he stated. Azeem Khan added that he and his beau, Saba Qamar purely have the intention to settle down the halal way. “I came to know that there are people who are trying to make fake screenshots. They tried posting on Friday.”

On the contrary, Ujala Khan also came up with screenshots to back her claims with proof.

She also shared screenshots of several others threatening her after she uploaded a status against Azeem Khan.