Celebrating literature and notable figures contributing towards its progress, KLF 2021 is being held online from 26th to 28th March 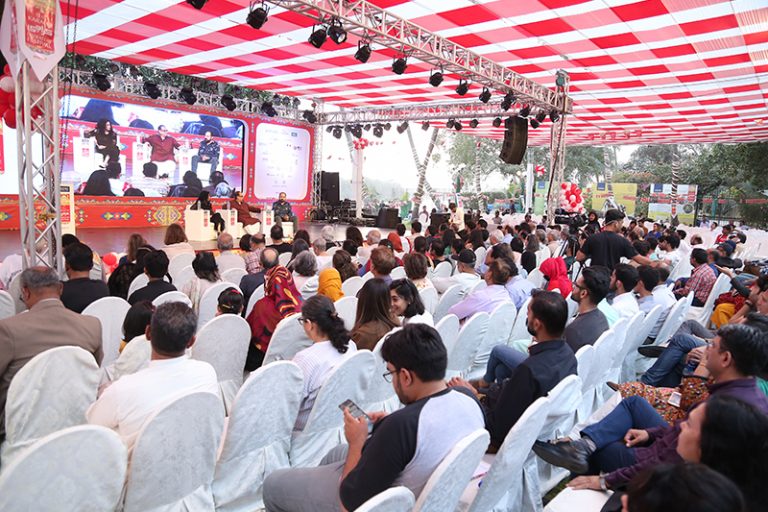 KARACHI: The pandemic may have taken away a number of deeply awaited public events, but what it cannot take away from us is our art, literature, and our celebration of the two. Owing to the new normal, the 12th Karachi Literature Festival has gone online and will be starting today i.e., 26th of March 2021, up until the 28th of March.

The 2021 version of the event can be attended by accessing the Facebook page of the Karachi Literature Festival. On their website, a clear itinerary has been laid out for anyone who wishes to download the details of the program, the dates, timings, and the speakers on all of its panels.

This year, KLF will be launching some much-awaited books including Fragrance Of Tears: My Friendship With Benazir Bhutto By Victoria Schofield, Out Of Print: Ten Years: An Anthology By Indira Chandrasekhar, A Beautiful Despair: The Art And Life Of Meher Afroz Edited By Niilofur Farrukh, Reminiscences Of My Wanderings By Arif Kamal, The Smile Snatchers: A Novella By Mian Raza Rabbani, No-Win War: The Paradox Of US-Pakistan Relations In Afghanistan’s Shadow By Zahid Hussain,and Unraveling Gordian Knots: The Works And Worlds Of Dr. Ishrat Husain By Sibtain Naqvi.

Some noteworthy panel discussions out of the many scheduled include, Anti-Colonialism: South Asian Pasts And Presents, Cartooning: No Laughing Matter, Karachi: Laughter In Chaos, Progressive Politics In A Populist Period, Nayee Nasl Ki Awaaz: Kal Hamara Hai and Media Ethics In A Post-Truth Society.