Grab those reading glasses and get cracking 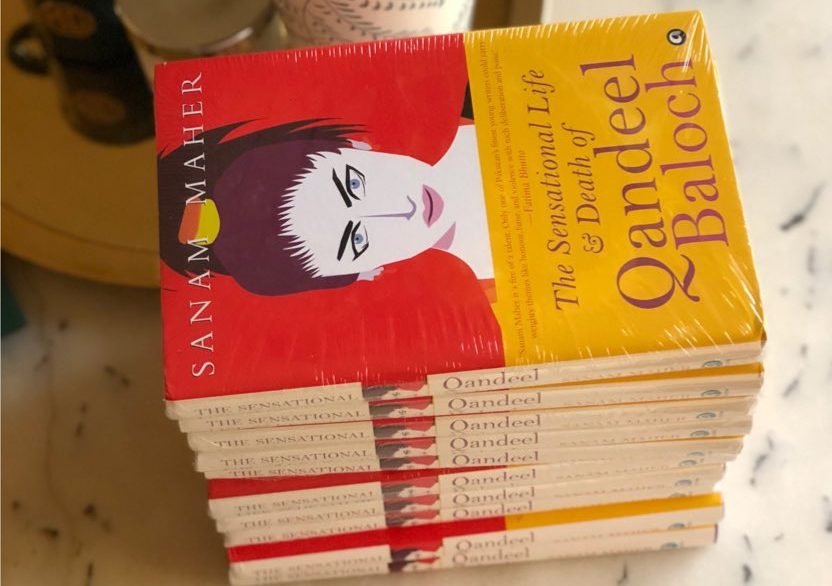 KARACHI: It’s never a bad time to pen down a reading list for yourself and stick to it. However, we understand you have busy lives and schedules so we’ve taken upon the task of drafting a list for you. All you have to do now is just pick and choose.

1. The Sensational Life and Death of Qandeel Baloch

Possibly the most anticipated book of the year, this book is based on the controversial life of social media celebrity, Qandeel Baloch and her honour killing in 2016. Moreover, it is authored by Pakistani journalist, Sanam Maher. All the more reason to read it! The book has hit the shelves so grab your copy now.

Bumper week for work announcements from me after months and months of radio silence. So hello! She’s here #coverreveal! A story that has taken over my life for the last two years — a story not just about #QandeelBaloch, but about the place that created her and ultimately found that it had very little room for her. Pre-orders in #Pakistan through the link in bio, in India through Amazon India. . I’m so so happy that the cover features artwork by Rahema Zaheer Alam (@rahema.z) – Rahema made this and shared it online when news broke of Qandeel’s murder, and it has been amazing to see how it has gone viral and taken on a life of its own, most recently at the Aurat Marches earlier this year. The Sensational Life & Death of Qandeel Baloch (Aleph Book Company @alephbookco) is out in #Pakistan on May 10. I’ll be sharing snippets + photographs leading up to the release here & Twitter (@SanamMKhi) if you’d like to follow along x

By far one of the most sinister yet addictive shows we’ve come across based on the 1985 novel by Margaret Atwood. Safe to say, if the show is so great, the book would be that much better.

3. The Spy Chronicles: RAW, ISI and the Illusion of Peace

Authored by former Inter Services Intelligence (ISI) Director General Asad Durrani, Indian Journalist Aditya Sinha and former Chief of Indian Research and Analysis Wing (RAW) A. S. Dulat. The book hasn’t even released in Pakistan yet but it’s already making waves. You’re lucky if you’re able to grab an online copy. If not, get in line. We feel ya!

Psst… Wanna know about an organisation so secret that there is a hardback out?😂 #TheSpyChronicles #RawIsi and the illusion of peace. By #AsDulat, #AsadDurrani and #AdityaSinha

4. The Terrorist Prince: The life and death of Murtaza Bhutto

The author, Raja Anwar, served as advisor to former Prime Minister, Zulfiqar Ali Bhutto. This book takes you back to 1979 which was also considered the golden era of General Zia-ul-Haq.

Remember Gilmore Girls? This book is gives us Gilmore Girls feels. Moreover, it’s set in the Upper East Side which also brings back fond memories of teen drama Gossip Girl.

I’ve heard Laura & Emma compared to Gilmore Girls and being a lover of Stars Hollow, I just can’t help but want to read this one! Are you team Dean, Jess, or Logan? 💕 #bookstagram #bookstagrammer #bookworm #bibliophile #lauraandemma #kategreathead