Cutacut spoke to creatives associated with recent campaigns by Generation, Lajwanti and Khaadi to learn what led to these concepts that are attempting to pave way for more inclusive fashion 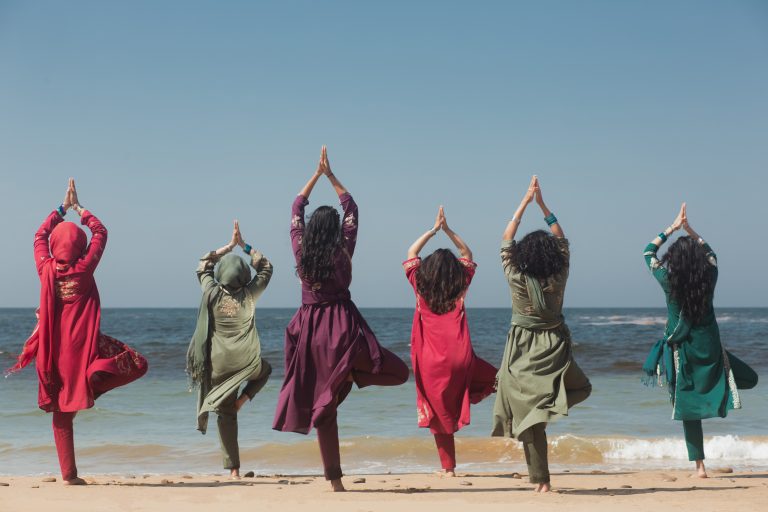 KARACHI: Fast fashion is probably the worst thing to have happened to the clothing industry across the globe. As brands strive to produce as many collections as they possibly can in one season, consumers are torn between what to buy instantly and what can possibly wait a couple of months. Amongst the chaos, little to no room is left to pay attention to how the clothes are being marketed, or what kind of an impression the brand is making on its clients. As long as you’re winning the race, it doesn’t matter how you got there. However, recent fashion campaigns by a few Pakistani brands came as a breath of fresh air. In an industry that largely capitalises on women competing with each other with regard to who looks the best and who wears what, Generation, Lajwanti, and Khaadi delve into deeper and more meaningful topics with their campaigns. The latest campaigns by the three brands have tried to push the envelope that can pave the way for a more inclusive and diverse fashion industry in Pakistan and that is what makes them stand out.

One of the most popular brands when it comes to high street fashion in Pakistan, Generation is not a newbie to the world of powerful campaigns. Having previously raised awareness about breast cancer examination amongst its audiences, Generation has a way of resonating with its clients. Their recent campaign, Parwaaz, caught our attention as it featured women cycling along the beach, flaunting their lawn dresses. We live in a country where women cycling by themselves, let alone at the beach, is nothing short of a miracle. So, the idea behind the campaign became clear: Mobility. Be it in their act or in the comfort of their dress, the women wearing Parwaaz were free. Their clothes or their surroundings did not get in the way of their freedom.

“The conversation really began quite a few months ago when a video of a woman hula hooping in a sari went viral. The visuals were so captivating and empowering at the same time,” Khadija Rahman, Director at Generation shared with Cutacut. “Soon after, videos of women skiing and doing somersaults in saris began to go viral and what made this so much more exciting for us was that this was really the first time something that is ethnically unique to women of South Asia was being associated with athleticism, strength and power instead of timidness, frailty and sexuality. When you look at fashion advertising coming out of South Asia, all you really see are women being dreamy, statuesque not a hair out of place, like their sole purpose of existing is just to look pretty.”

“We have been exploring and talking about the utilitarian and practicality aspect of Pakistani women’s clothing and felt really inspired to kick it up a notch. Why should shalwar kamiz and dupattas only be reserved for certain occasions when you can pretty much do anything in this most versatile set of clothing ever put together,” continued Rahman. “Since the conversation for us really was to re-identify shalwar kamiz as clothing of strength and function we really put the focus on making the clothes the real stars of the campaign. Our models were all women who have been cycling professionally or at an amateur level for a few years and they cycled for 16 hours straight on the day we shot!”

Another recent fashion campaign to have caught our attention is Saancha by Pakistani brand Lajwanti. Literally translating to ‘mould’, the fashion film Saancha reflected on how Pakistani brides are often trapped in moulds, and one size is supposed to fit all. There are expectations and traditions which a ‘typical bride’ is supposed to abide by. Lajwanti aimed to break this narrative and created a more inclusive line of bridal wear, one that everyone can be a part of. “A Lajwanti bridal is one that resonates with the wearer’s soul and we hope that’s just what every fashion-house should seek to achieve,” Dania Ali, Creative Director at Lajwanti shared with Cutacut. “We want to change age-old perceptions of beauty and draw better ones where we nurture the values of inclusivity and empowerment – for every woman and person is perfect in their own unique way – and henceforth should be valued in their community. Our campaign aims to challenge the very definition of ‘The Classical Perfect Bride’.”

With Muniba Mazari as the torchbearer of their campaign, Saancha also features Baemisaal, an advocate of body image. Speaking with Cutacut about her experience with the fashion campaign, Baemisaal shared how “Lajwanti created a beautiful story to introduce a variety of women we don’t often see in our fashion industry. It was lovely working with a company who again stood up and said we do brides and we do them beautifully for all shapes and sizes.”

For the month of March and the days to follow, Lajwanti promises to share stories that resonate with its audiences but are also unique to each woman.

Now or Never by Khaadi

Also featuring Baemisaal amongst other models in their fashion campaign, Khaadi’s Now or Never promotes the idea of self-love. While the ready-to-wear clothes might not be very different from their other collections for Khaadi always has had colourful clothes which are appealing to the eye, Now or Never sends across the message of adorning an outfit because it brings joy and comfort to the person wearing it. In a world where looking the best is almost a competition and ‘who wore it better’ is not a foreign concept, Khaadi wants its audience to dress up for themselves, and to do it confidently.

The presence of a plus-sized model in Khaadi’s campaign was appreciated by many, but the journey has only just begun for us as an inclusive society. “I loved doing both (campaigns by Khaadi and Lajwanti). Although I encountered awkward moments where body weight was discussed around me in a very thin-person-centric way and a few people didn’t know how to approach the bigger body subject, the overall experiences were absolutely amazing. Working with other models was fabulous,” shared Baemisaal. “Khaadi for example is international. Them taking a stand and taking what seems like the first step in breaking boundaries. I wouldn’t say breaking stereotypes because in my head I broke these stereotypes years ago.”

“I hope other brands learn. I hope they realize how big of a market they’re missing out on by not including bigger sizes. The future is inclusive.”