Featuring women on bicycles, the fashion film highlights the importance of women's mobility 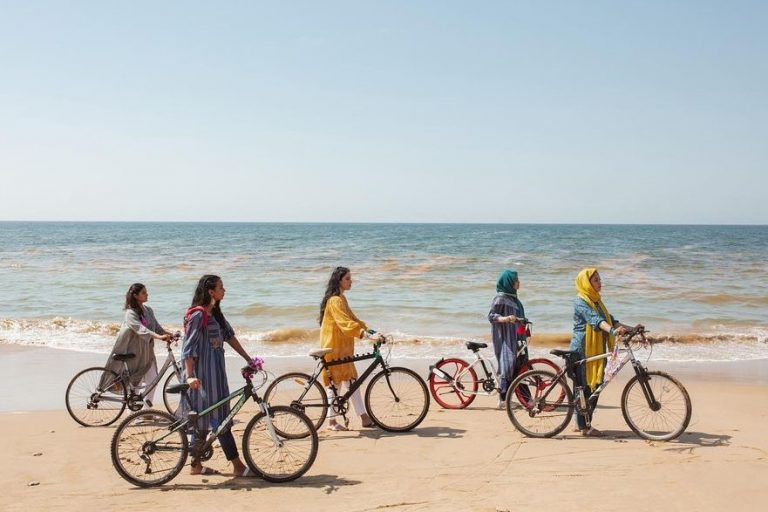 KARACHI: It is easy to discredit women’s harassment by shifting the blame on the victim for being “too provocative”. We constantly let the culprits get away refusing to embolden our women against the very system that snatches away their power each time they try to regain some semblance of equality. This can be seen through the massive numbers of rapes that happen all across the nation (out of which only some get national attention) and the high stats of women facing street harassment that polices them back home. One asks themselves, ‘Is it really about provocation, or about power dynamics at play?’ People want to send these women back home. Somehow a woman cycling threatens a percentage of men so much, they have to do something that sends her questioning her decision of stepping out of the house. The same idea has been picked up by Generation Pakistan for their recent ad campaign, and the solution to the problem projected beautifully.

The initiation takes only a woman or perhaps two. A small number. Generation takes into account that Pakistan – largely a patriarchal society has had difficulty in allowing its women to step out and take a flight with their dreams. Those dreams might not even be grand. Some of them could be about finding peace in the still of the night, but being scared to step outside of their homes after dark. The concept of the ad might not even alert most people – just some women riding bicycles together and going to the beach. However, given the amount of street harassment women face, it becomes an entire battle within oneself to reach the decision of stepping out, fully exposed to scorching glares across the street.

The ad also encapsulates the essence of ‘women supporting women’. Once all these women band together and reclaim their right to mobility and commuting through streets however and whenever they like, or wherever they feel like going, there is no stopping them from taking a Parwaaz.

The song Sarak Sarak by Mai Dhai is an accurate fit for the visuals as these women bask in the sunlight wearing patterns taken from our culture. Complimenting the spirit of womanhood and summer, these women cyclists wear rich red, bright mustards. They are not hiding. They want to be seen as they radiate their power. These women may not want much, they just want to be able to cycle without being harassed or hurt – but they are ready to put up a fight if they have to.