Trailer of Sohai Ali Abro-starrer Daughter By Law is promising

Featuring her as the curious daughter in law, the upcoming short film portrays how she questions everything that's been a part of the household for decades. 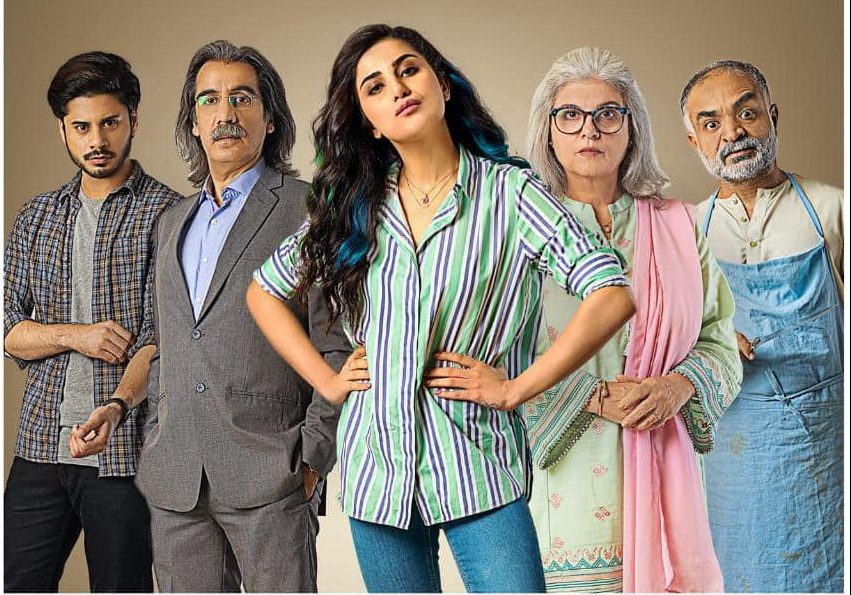 KARACHI: We reported last month that Digestive Showtime is all set to release exciting content on their YouTube channel starting this March. They plan to release a total of 5 short films, made by 5 directors, in the coming days. The first short film to come out under the banner was Yorker that launched on March 1. Featuring Wahaj Ali, Mohammed Ehteshamuddin, Mani and others, it packed quite a punch and highlighted our obsession with the English language. Next in line is Sohai Ali Abro-starrer Daughter By Law that is releasing on March 19. The trailer came out recently and the narrative seems to be an interesting take on how the dynamics of a household change after a daughter in law becomes a part of it.

Usually, we see daughters-in-law abiding by the norms and adapting to the changing environment. However, in Daughter By Law, that sees Sohai playing the titular role, it seems to be the other way around. She questions everything that has been happening in the house for decades. The routine, the rules, everything. Even her husband, played by Haris Waheed, begins to question his mother, essayed by Marina Khan. Whether it is meant to take them out of the monotony or it is just an unusual take on the subject, we’ll find out once the short is out on March 19. Written and directed by Armughan Hassan, the short is produced by Danish Khawaja and Sultan Ghani Afzal.

By the looks of it, all the short films scheduled to release on the platform have taken up important, progressive themes and aim to break stereotypes. With the liberty one has in the digital world, as opposed to local television, we hope they succeed in putting the messages across.