From his painted nails and feather boas, to his first Grammy award, fans cannot stop gushing over Harry Styles at the ceremony 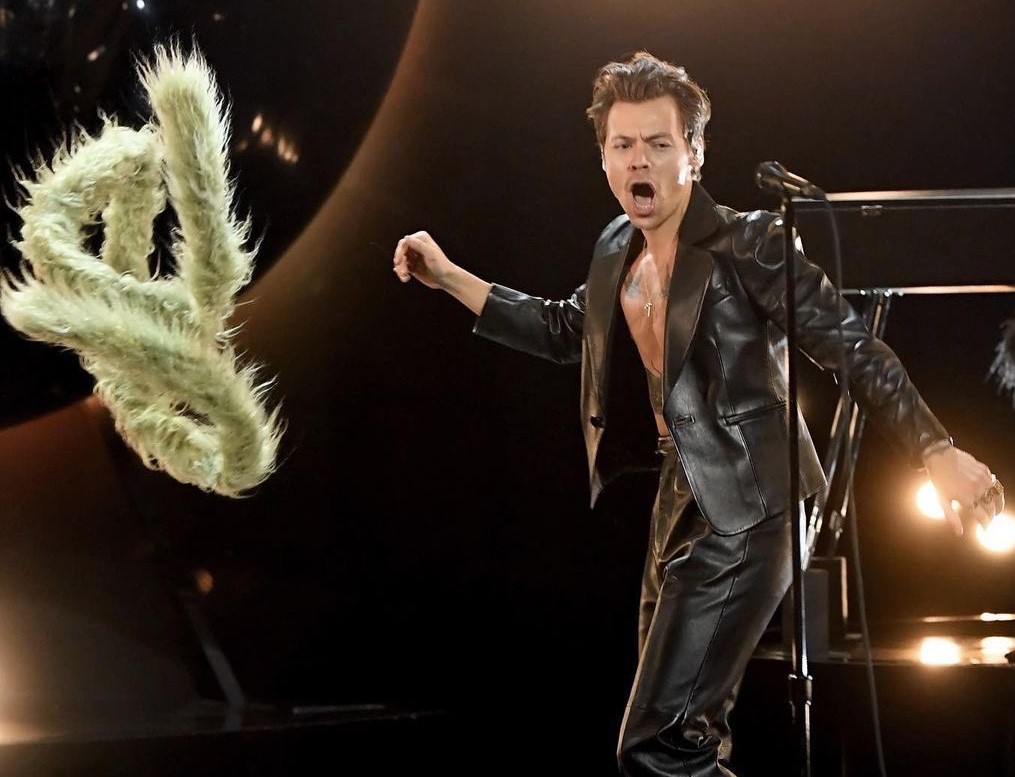 KARACHI: Grammy Awards 2021 aired on 14th March and while women seemingly dominated the awards, Twitter cannot seem to look beyond Harry Styles and his presence at the ceremony. The 63rd edition of the show witnessed Styles in multiple outfits and accessories while a few cameras recorded some of his backstage moments with his fellow singers. The star also performed a live version of his famous song ‘Watermelon sugar’, a track which also won him his first Grammy under the category of Best Pop Solo Performance.

Here is a gist of how Twitter has been reacting to Harry Styles at the Grammy Awards:

The 27 year old singer who started off his journey with the British version of X-factor and then the all-boys band One Direction finally won himself a Grammy. His fans, of course, are over the moon.

IM SO PROUD OF HARRY
THE HARRY EDWARD STYLES WON A GRAMMY
YOU DESERVE IT pic.twitter.com/yOH4XZlLI1

IM SO PROUD OF HARRY
THE HARRY EDWARD STYLES WON A GRAMMY
YOU DESERVE IT pic.twitter.com/yOH4XZlLI1

harry edward styles made it. He won his first grammy. pic.twitter.com/LKTpum5prp

Appreciating his sense of style

In November 2020, Harry Styles became the first man to have a solo feature in Vogue. The photoshoot sparked quite some controversy as Styles posed in skirts and dresses, outfits which are categorized as ‘feminine’. An advocate of wearing what you love and practicing crossdressing, Styles sported multiple feather boas during the ceremony and viewers even noticed that he had his nails painted, a behaviour which is largely believed to be feminine. The singer also wore a leather jacket for his performance but skipped out on the shirt. Either way, Twitter loved him in any and every look.

Hoping for a collab with Taylor Swift

One famous clip from the Grammys is of Taylor Swift and Harry Styles having a friendly chat at the ceremony. With both singers winning an award each and having huge fans following, audiences think it is time the two collaborated on a song.

taylor swift clapping for harry styles after winning his first grammy and tay being the first one to stand up: free pic.twitter.com/sCpqZeHl56

So here I am signing a petition for Harry Styles and Taylor Swift to collab
Please we need HAYLOR content pic.twitter.com/9S9tAJXRNh

What is the ‘Vogue Challenge’ and why is everyone doing it?