The Hira Tareen-starrer short film explores that though it is extremely traumatic to address child abuse at the time of the incident, it has far worse aftermath if not dealt with at all 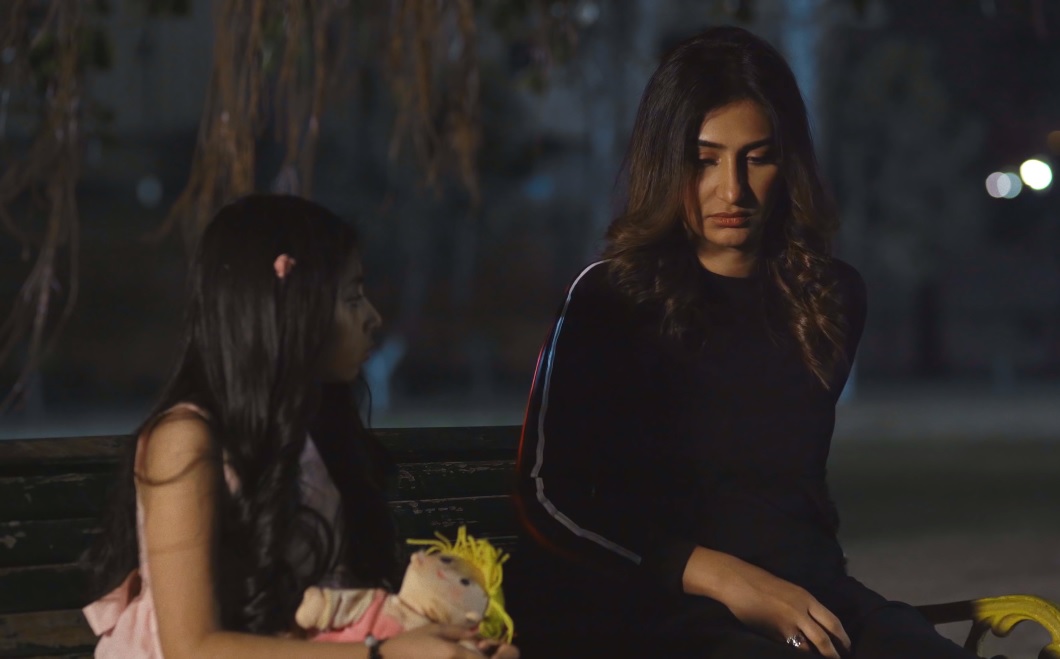 KARACHI: Child abuse often goes unreported in a country so hellbent on letting its abusers get away with their crime. Part of the reason for such an attitude stems from our people’s collective ability to accept such a horrendous crime as a reality – it becomes easy to forego it with denial. It is easier to move on when there is nothing to move on from. Another reason behind denying the enormous numbers of child sexual abuse cases stems from a collective fear that rape and abuse are in fact ‘dishonour’ for the victim and not the culprit. It has lifelong consequences for the victim, and since society has mastered the art of victim-blaming, furthering rape culture, a common practice has become staying quiet than actually seeking justice. The same notion has been explored by See Prime in its latest short film – House no. 242, available to stream on YouTube.

What the film aims to point at is that although it may be extremely traumatic to address child abuse at the time of the incident, and to accept that such a crime has indeed taken place, it has far worse aftermath if not dealt with. Meerab has forgotten her trauma and is married to a man who dearly loves and cares for her. She is expecting and finds out that her child is a girl. That acts as a trigger for her because she feels the same misfortune will befall her daughter. From starting to see her younger self at the park alone and crying, she starts to cling to an old doll of hers. Something that was possibly her own companion when she was getting over her trauma as a child.

House No. 242 was released by See Prime on YouTube on March 6, 2021. It stars Hira Tareen as Meerab, who does a magnificent job of bringing Meerab and later even Mano to life. Saad Qureshi plays Asher, Meerab’s extremely concerned husband, who is awaiting his daughter’s birth. Renowned Pakistani actor Annie Zaidi stars as Meerab’s mother and Mano is played by Angel.

In 2019, Sahil.org released research-backed Cruel Numbers – child abuse statistics. In the very year, Sahil reported 778 abductions, 405 missing children, 348 sodomy cases, 279 rape cases, 210 attempted rapes, 205 gang sodomy, 115 gang rapes. A total of 104 cases of child marriages were recorded by Sahil in 2019. A total number of 3722 culprits had been identified, and 2222 turned out to be acquaintances/relatives of the victims. Acquaintances responsible for abusing a child can be a major factor behind silencing victims because families fear turmoil within the extended kin and shame and dishonour to their name. Something Meerab’s mother was guilty of as well, in the short. The child’s detachment from the adults of her family reflects in the way Mano’s character is first introduced in the film. She feels neglected and does not feel safe becoming friends with an adult.

The film draws attention towards empowering victims and ensuring a safe space for our children. “We will never leave her side. And when we have to, we will teach her to fight,” says Asher as the film ends, effectively putting forward the message of children’s safety and protection. The feel of the film remains harsh with harsh key light hitting the character’s faces throughout the film. It compliments the reality the film aims to portray. The film has moments of deafening silence, which depicts the silence within the world of a child whose screams do not make any sound and soon die down.