The heart of Karachi's performing arts, NAPA has announced a list of comedy plays for the upcoming Laughter Fest scheduled to commence this weekend 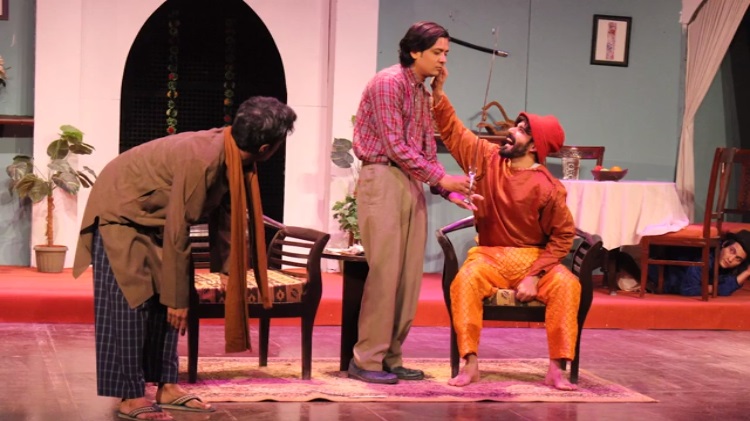 KARACHI: It is no news that a number of events have switched to virtuality in recent times owing to the global pandemic. However, that does not mean we cannot enjoy them just as much. While physically attending a stage play has its own charm, attending one for free, within the comfort of our own homes is definitely an experience one looks forward to. NAPA, an institute acclaimed worldwide for the talent it shapes and the skill it produces, is having its Laughter Fest 21 online this year.

The festival commences on the 12th of February and ends on the 14th of March 2021. To tune in, one simply needs to visit www.napa.org.pk, as NAPA adds a new play every weekend. The attendance is absolutely free and can be enjoyed by anyone, anywhere.

Alongside plays, a women-centric workshop for stand-up comedy has also been announced.

“Some are born funny, some become funny, and others learn it in an online workshop!
At Karachi laughter Fest 2021, we are hosting comedic collaborators Natalie Diddams and Natalia Gul Jilani. These women-centric workshops will introduce you to a radical approach to writing and performing stand-up.
Please note – The workshops are free. Applicants must be women, and over the age of 18. No previous performance experience necessary, ” reads the caption. With such a workshop NAPA yet again proves itself to be one of the most encouraging platforms for women, playing its role as an institute to facilitate.

This year, the Fest is opening with the play Turram Ka Makaan. The play has been directed by Safia Bhalaisha and written by Agha Hashr Kashmiri.

Another much-awaited play is Zara Phir Say Kehna, a valentine’s day special. The play is a romantic comedy and has been directed by Malik Farhan Aziz and premiers on the 14th of Feb 2021. The plays can also be viewed by subscribing to the academy’s Youtube channel.

We hope laughter can prove to be an effective medicine during such hard times while NAPA shines with flying colors showcasing its upcoming plays, proving itself as an institute that annually produces the bulk of acting, writing, and directing talent – even in the new normal.