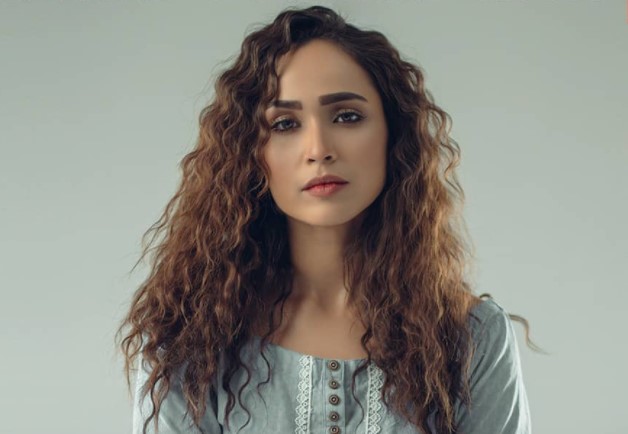 KARACHI: Television is considered to be women’s medium as opposed to films. No matter what light women are portrayed in, it is their roles that get the most traction. That said, the small screen continues to face criticism around the portrayal of women. They are either very submissive and a doormat to men in their lives or too evil and destroy everyone around them. There is no in-between, like many other things in our dramas. However, Insha, in the drama serial Raqeeb Se, comes across as a breath of fresh air. Essayed by Faryal Mehmood, she is educated, smart, kind and confident, and does not shy away from speaking her mind.

Insha is a doctor by profession, like her father (played by Noman Ijaz). While going away for a couple of days, he hands over a few responsibilities to her, such as filing property tax which is often considered to be a ‘man’s job’. Something one does not see on the small screen very often. It usually takes the death of a father for a daughter to be independent enough. She does not really involve herself in home chores but is seen talking to her mother around the kitchen. When her father’s former love interest arrives with her daughter, she expresses how she feels about it. It is natural for her to be uncomfortable in their presence and she is vocal about it to her parents. Meanwhile, she is also someone whose boyfriend relies on for his things. One must acknowledge that Faryal Mehmood is very convincing as Insha.

Second episode of the Kashif Nisar directorial aired last night. Writer Bee Gul has beautifully penned the script with an amazing character arc for each actor. The dialogues and delivery flow very naturally while the incredibly talented cast is a treat to watch. In addition to Faryal Mehmood, the drama stars Sania Saeed, Noman Ijaz, Iqra Aziz and singer-turned-actor Hadiqa Kiani.