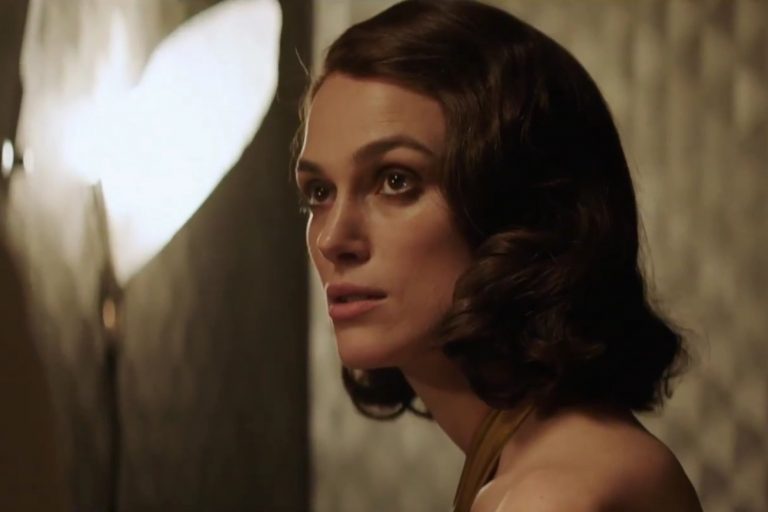 KARACHI: Keira Knightley has had a huge following, particularly from Gen Z and Millenials for her strong female characters in movies like Pirates of the Caribbean and The Imitation Game. Recently, she has once again won hearts with her stance on filming sex scenes.

During her conversation for the Chanel Connects podcast, the actress said: “I don’t have an absolute ban [on filming nude scenes], but I kind of do with men.” The actress revealed that the reason behind this isn’t because she refuses to be revealing but mostly because of the male gaze. “It’s partly vanity and also it’s the male gaze,” she stated.

What is the Male Gaze?

According to Laura Mulvey, the Male Gaze theory is women in the media being portrayed as subjects, mostly viewed from the perspective of a heterosexual man. Due to this, women are often represented as passive subjects or objects that evoke desire in men.

The 35-year-old also added that “a no-nudity clause” has been added to her contract when she signs films now. She made that addition after she became a mother in 2015. Keira Knightley went on to add that she would rather work with a female director for movies that revolve around women’s stories and issues.

“If I was making a story that was about that journey of motherhood and body [acceptance], I feel like, I’m sorry, but that would have to be with a female film-maker,” she stated.  She feels that a woman can better understand female characters better and portray them more accurately. “If it was about motherhood, about how extraordinary that body is, about how suddenly you’re looking at this body that you’ve got to know and is your own and it’s seen in a completely different way and it’s changed in ways which are unfathomable to you before you become a mother, then yeah, I would totally be up for exploring that with a woman who would understand that.”

“But I feel very uncomfortable now trying to portray the male gaze,” Knightley stated that her body has gone through some major changes after bearing two children, and she is not entirely too comfortable filming scenes that have a group of men directing her. “Because I’m too vain, and the body has had two children now, and I’d just rather not stand in front of a group of men naked.”

Keira Knightley realizes that there are certain scenes where it is absolutely crucial to add a sex scene in movies as it drives the narrative forward and serves as a major plot point. However, she shows discomfort towards that scene being shot and directed by a male if she is being featured in it. The actress said, “I don’t want it to be those horrible sex scenes where you’re all greased up and everybody is grunting. I’m not interested in doing that. Saying that there are times where I go, ‘Yeah, I completely see where this sex would be really good in this film and you basically just need somebody to look hot’, so therefore you can use somebody else.”