Film Companion lists Churails amongst the best content of 2020

The platform's editorial team, including critics and journalists, has produced an exclusive list of the best shows and movies of 2020 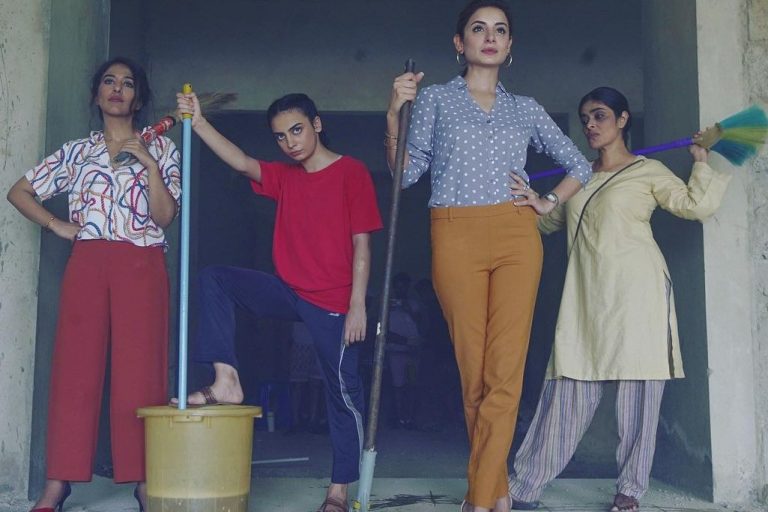 KARACHI: Churails has been gathering praises from local and international audiences ever since its release in 2020. A web series by Asim Abbasi that deals with a unique storyline and portrays women in strong characters, Churails has proven to be a risky but successful project. Anupama Chopra’s Film Companion, too, has recognized the show’s value and included it in its FC Gold list. It has been compiled by more than 15 critics and journalists. Film Companion has chosen movies and shows that deserve to be included in their exclusive list of the best content of 2020.

Introducing our exciting new initiative – FC Gold. A stamp of excellence in entertainment. Congratulations to all the artists! #FCGold pic.twitter.com/TGrWwFPsmq

Churails was one of the five Pakistani web series to be streamed on Zee5 and features Sarwat Gilani, Yasra Rizvi, Mehar Bano and Nimra Bucha in lead roles. The show met with criticism from a few local viewers and was labelled inappropriate for Pakistani culture. However, the team behind the show has managed to cross all hurdles and continues to be praised by the masses.

Producer and writer of the show, Asim Abbasi also took to his social media to thank the team behind Film Companion for the honour.

After Churails, Mehreen Jabbar’s Ek Jhooti Love Story featuring Madiha Imam and Bilal Abbas Khan released on Zee5. This will reportedly be followed by Haseeb Hasan’s highly anticipated Dhoop Ki Deewar. It is a cross-border narrative featuring an ensemble cast including Sajal Aly and Ahad Raza Mir. Anjum Shahzad’s Abdullahpur Ka Devdas and Kashif Nisar’s Mann Jogi will be the last two to make it to the Zee5 platform.

We congratulate Asim Abbasi for making it to the list by Film Companion as part of their best content of 2020.