Ayesha Omar explains why “bold” is not a negative term

In a conversation with Mira Sethi, Omar spoke about being raised by a single mother and emboldened her audiences into accepting themselves as women 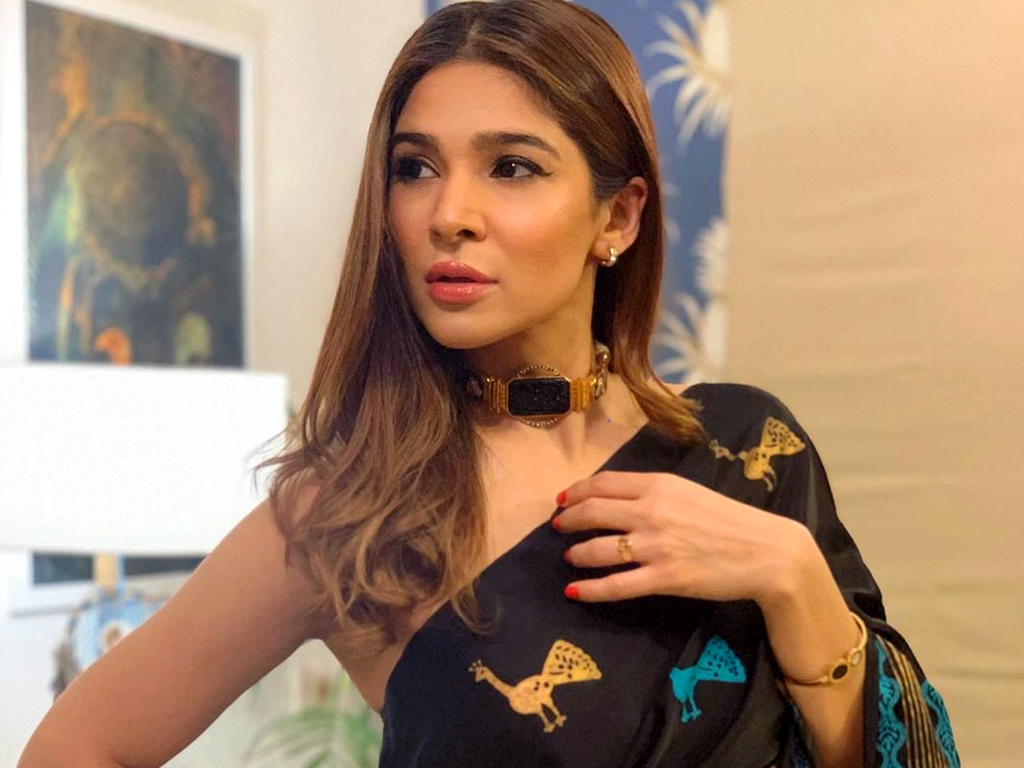 KARACHI: Renowned actor and style icon Ayesha Omar recently sat down with Mira Sethi for an interview. The refreshing conversation between the two childhood friends touched numerous subjects on a recent episode of Hello Mira Sethi.

Mira Sethi spoke about how the word “bold” has a negative connotation in our society, especially when a script or content or a woman is being described. “For me, the word bold is not a bad word, it is actually a good word because it describes someone who has autonomy over themselves. So why is it that the word has a negative connotation attached to it?” she posed the question to Omar.

To this, the latter responded by saying, “Our society is patriarchal. The norm here is to see women suppressed. She shouldn’t feel much confidence or self-assurance. From what I have gathered, watching our content, and the dramas we see, the mindset we see around us, is that a woman should somewhat be subdued and under. They shouldn’t be too outspoken, or too confident. Hence the word bold means to be confident, or to be brave, outspoken, and someone who can speak their mind. And this goes against that mindset, which is why the society perceives it negatively.”

During the entire interview, perhaps this was the point where Ayesha Omar had her convictions matched by Mira Sethi the most.

“So if a woman is bold, she is presumed to be rebelling and going against the norm. She is then perceived as a bad example for society too. It’s a stereotype that has been created. To describe someone who is going against the norm you say woh tou bold hai (she is bold). So, for me, it is a great word, and I’d definitely want to be bold, rather than scared,” said Omar.

Upon being asked as to where she gets her strength from, Omar’s answer was that there was only one parent available for her after her father passed away before she even turned two. Born in Karachi, she soon shifted to Lahore and was raised there. “It was a small nuclear family. Everything we did was within the family. My mother had to be extremely hands-on and self-sufficient. She had to earn so she started teaching, she had to look after the house and raise us too. To this day we do not have any domestic staff in Lahore at my mother’s house. She refuses to keep help. One of the reasons is that she believes everyone should do their own work because that is a great way of staying in shape.”

Omar also revealed that through her mother she learned to manage time. Adding that her mother was a strict parent, she explained that during his life, her father was a major shareholder of their family construction company. After his death, the shares were divided amongst all the family members, with her mother getting nothing. “She was so young and had been through trauma. She didn’t really fight for her rights. Maybe that also stuck in my head. Maybe today that I am so vocal about women’s rights is because I saw my mother not take a stand for her rights. She was left with nothing,” she said.

“She just didn’t know any better. And of course, she must have been scared to take a stand too. Her husband had just died, she was a mother of two very young children. She had to protect us so she couldn’t have fought against everyone.”

During the interview, Ayesha Omar seemed understanding of what her mother went through, and also proud of what she did for them. “My mother only had one goal for us: a good education.”

Omar also revealed that she had started acting in the very first year of her college. Her first TV drama was Kollege Jeans.

Revealing that she graduated with a Fine Arts degree, Ayesha soon found herself in the industry. The actress has been extremely vocal and empowering when it comes to hitting back at trolls, as well as opening up about her own harassment incident. With her remarkable performances since the year 2000, Omar has become one of the industry’s highest-paid actresses.