"All over the world, middle-aged people like me are heroes." 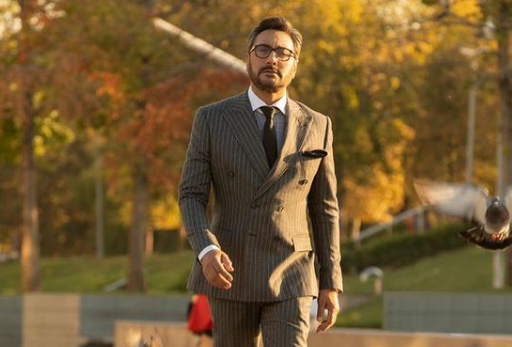 KARACHI: Veteran actor Adnan Siddiqui sat down for a conversation with BBC Urdu. The actor discussed a number of things, including his last most talked-about drama serial, Mere Pass Tum Ho, the changes he has gone through as an actor plunged into an era of social media, his quarantine with Humayun Saeed during the pandemic, and the standpoint of his career when it comes to films.

The Yeh Dil Mera actor is a name that everyone recognizes. With his debut in 1994 in Aroosa, the actor has built himself a reputable career. His performances have transcended international waters, with Siddiqui performing in films starring Sri Devi, Irrfan Khan, and even Angelina Jolie.

In his interview, Siddiqui mentioned his upcoming film project, Dum Mastam. However, he feels that his character as Shehwar raised the bar for him and he doubts if he will be able to give a performance that matches his performance from Mere Pass Tum Ho. “I don’t know what to do next,” he said. “There have been a couple of job offers, but it’s not fun. It is not an easy task to maintain or improve the standards.”

While he has considered the drama a little problematic in the past, the actor thinks he’d be lucky if he can land a role in a script that earns the same response as Mere Pass Tum Ho. “Such a drama comes in about ten years,” Adnan asserted. “Even Humsafar came a few years ago, and then Meray Paas Tum Ho has come after eight or ten years. I don’t think I will be able to perform to the standard I’ve set for myself after this one.”

It has been some time since the actor shined in a film. He said it is because he isn’t offered many film roles. “Is it because my parents were poor? Is that’s why I haven’t been cast in a big production? I really can’t understand the reason.” He has been offered several cameos in films, as he stated.  “If I do a small role in the film, I will charge for it, otherwise will not do it.”

The actor said, “Not everyone can be Humayun Saeed,” when he explained how he wouldn’t even be age-appropriate to be cast as a hero at this point.  “All over the world, middle-aged people like me are heroes, except in Pakistan. But we will agree with what the audience asks of us.”

The actor talked about how he is evolving with times, often asking his children what “LOL” means. During his quarantine period with Humayun Saeed, the two were seen active on social media, often doing live streams and interacting with their fans.