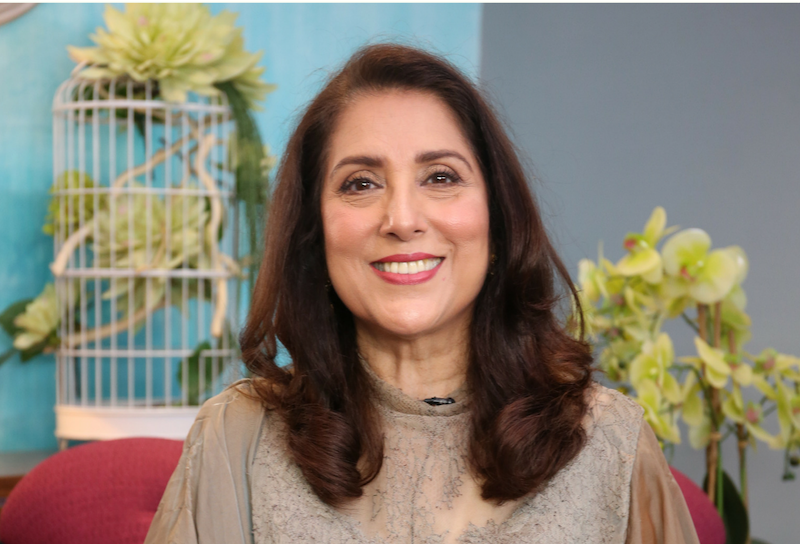 KARACHI: If you haven’t already heard about this local talk show Speak Your Heart with Samina Peerzada where everyone comes to cry then what have you even been doing with your life?

Celeb talk shows have some of the most superficial moments that are up for consumption. And truth be told, fans chew on half-baked personal accounts and suggestive responses and that’s usually the fun of it (Exhibit A: Koffee with Karan).

Read: Koffee with Karan boasts of opening with girl power but goes straight into asking about boyfriends, marriage

But amid this kind of television is a show where the crème de la crème of Pakistani showbiz come prepared to speak their hearts out. Seriously, what sorcery is this?

We demand answers. Because what we don’t understand is what is Peerzada saying that’s causing all this honesty to pour right out? What are others not doing right?

God knows, Karan Johar has been trying for years and the poor guy can never get a single straight (pun intended) answer out of his guests.

Let’s look at some of these examples that got us like “WTF, is this national television?”

Let’s start with the most recent clip that’s been making the rounds on social media. Actor Hira Mani, wife of VJ and host Salman Sheikh a.k.a Mani, was on the show and opened up about how she went from being her husband’s fan girl to becoming his wife. Of course, there was also a lot of TMI provided on the subject which involved her cheating on her fiance and stealing Mani from her best friend.

Another episode that went from being an interview to a therapy session in under under 60 seconds featured Sanam Baloch. On Peerzada’s couch, Baloch revealed the news of her divorce and spoke at length about the loss of a loved one.

In this episode, actor Hina Altaf spoke to Peerzada about her mother’s condition that drove her into leaving her home.

Now these are three examples of women who have given interviews before but never have they opened up in the way they did to Peerzada.

Our question: how is she doing this?

It’s not like she asks hard-hitting questions or even leading questions. How then is she able to get these celebs to bring these emotions to the surface?

We decided to make a few guesses but obviously they all seem highly unlikely:

a. The conversational nature of the interview

Like we said, Peerzada doesn’t opt for any hard-hitting questions. It doesn’t seem like she has a proper script prepared with questions but rather she just asks follow-up questions which opens up cans of worms.

And it’s working quite well.

We don’t know how many of you agree but the actor has such a warm personality that being in her presence must feel safe. Plus, she speaks to them like a mother speaks to her children at least that’s what it seems like.

c. She probably adds some “truth” pill to their coffee/tea

Because how else is it possible that they ALL share EVERYTHING?

Well, those are all the guesses we had. What do you guys think of the show and this little honesty situation we have going?

Bring back the superficial celebs, this is too much to handle. Please pass us the tissue box!