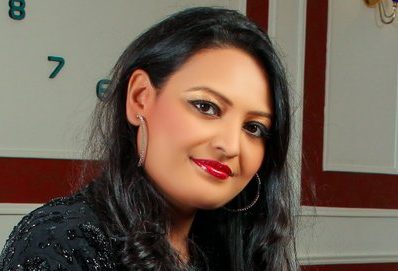 KARACHI: Internationally acclaimed vocalist Saira Peter is the only opera singer in Pakistan. Based in London, the singer has just released the English version of Saraiki song ‘Sir Di Baazi’. The fusion of Saraiki and English in the latest version of the song is receiving praise from fans of the singer, according to the presser. According to the press statement, two British singers have also lent their vocals in the English-Saraiki fusion of ‘Sir Di Baazi’.

“I have sung Sufi songs in English language all my life,” the singer noted in a statement. After receiving praise for the recent release, she said that she has tried to present the folk song with a modern touch so that the global audience can also understand, feel the depth and uniqueness of Sufi and folk music.”

Moreover, she revealed that she will soon be back in Pakistan and will release her new album. Saira Peter claims that ‘Sir Di Baazi’ is the first indigenous Pakistani song to feature western harmony, western and Pakistani music merge together in one song for the first time. ‘Sir Di Baazi’ debuts in the English speaking world and it is the world’s first English-Saraiki language song.