Queen’s Gambit: Here’s the impact the show has had so far

Having released on Netflix in October, the series has led to a surge in chess sales, in addition to breaking viewership record 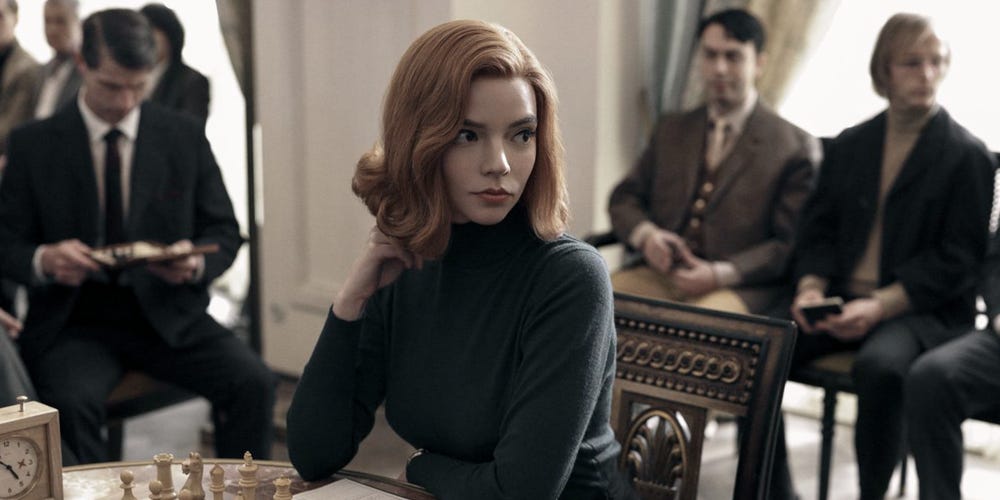 KARACHI: Netflix miniseries The Queen’s Gambit starring Anya Taylor-Joy as the protagonist has been making waves ever since its release on October 23, 2020. Set during the Cold War era, it follows the life of Beth Harmon, an orphaned chess prodigy who struggles with addiction in a bid to become the biggest chess player in the world. According to recent reports, the series is ruling the U.S. streaming chart, with Disney’s The Mandalorian breaking through to the number 3 spot. The Queen’s Gambit has had an impact that is unmatchable in recent times.

In addition, The Queen’s Gambit has gone beyond generating huge viewership. According to Insider, the release of the miniseries was followed by a massive surge of interest in chess. Chess was already surging in popularity during lockdowns. But that’s been “super-charged” by the show, one club manager told the publication. eBay said it had a 273% increase in searches for chess sets in the 10 days following the show’s release. Besides, women, in particular, have been inspired by Anya Taylor-Joy’s portrayal of fictional chess genius Elizabeth Harmon. That said, now the International Chess Federation hopes that the boom can be sustained.

Netflix does not have traditional ads. The streaming giant remains adamant that it does not plan to introduce them either. However, marketers see enormous opportunity in the company should it determine it wants another revenue stream besides subscriptions. Let’s see if the impact of The Queen’s Gambit on chess business alters the dynamics for Netflix.