Trailer launch: a Tom and Jerry movie is on its way

The love-hate relationship and the cat and mouse chase are all set to go on-screen soon. The trailer reveals comical instances and rekindles nostalgia 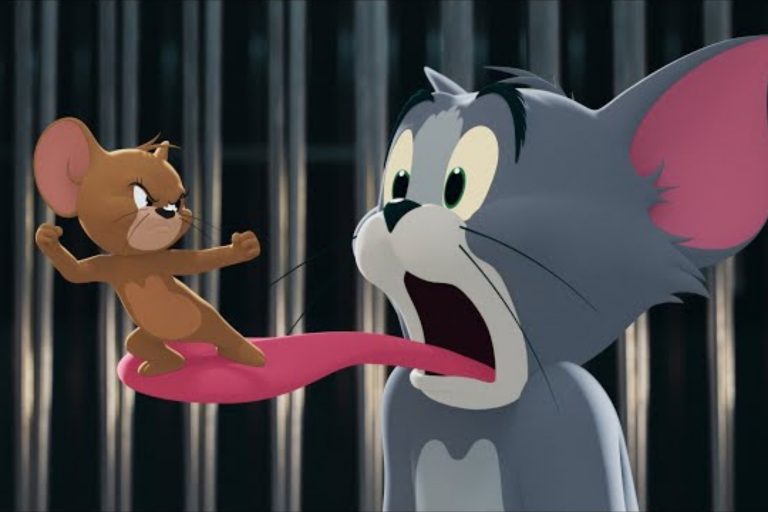 KARACHI: Hardly anyone grew up without being entertained by the hilarious due of frenemies, Tom and Jerry. Mimicking human behavior in most of their shows, the two characters did everything from impressing their crushes, going fishing, and golfing to cooking and cleaning. Childhood could not have been as good had it not been for Tom and Jerry. But it seems like the duo is set to pay us a visit again with their upcoming Tom and Jerry film. Warner Bros. just released the trailer for it.

The film will be released on March 5, 2021. It includes Chloe Grace Moretz, who plays Kayla, a new employee at a prestigious hotel who has to deal with a mouse i.e., Jerry who has taken the hotel as his current dwelling. He is seen peeking through the door with his head wrapped in a towel after a steamy bath, implying how comfortable he finds his stay at the hotel. Michael Pena is the second lead, and the Ant-Man actor can be seen hatching plans with Kayla to get rid of the “rodent”.

Ken Jeong will also be taking the role of the hotel’s chef Jackie, who seems equally annoyed by the two animals and vows to not let Tom and Jerry ruin his planning for an upcoming wedding at the hotel.

William Hanna and Joseph Barbera have written the new Tom and Jerry to be relevant to today’s world. This is why we see Jerry enjoying his bath reading a book, with an iPhone set as his flat screen, and Airpods as his speakers.

Jerry using Airpods as speakers in the new Tom and Jerry trailer is just it😂 pic.twitter.com/hqrp2FE9Uc

Our nostalgia has taken a hit and fans have been rejoicing all over the internet after the trailer for Tom and Jerry was released.

Tom and Jerry 2021 at the cinema
Expectation vs Reality pic.twitter.com/FevFOPSzk8

I just saw the Tom and Jerry trailer and… pic.twitter.com/39RT34Our8

The film also incorporates a recurring character from the show, the goldfish who befriended Jerry.

The film will also be paying homage to some of its most memorable episodes. While Tom and Jerry can be walking in a new metropolitan city at the beginning of the trailer, leaving their old suburban life behind, they have not forgotten their ways. Throwbacks to the “Flying cat” episode, electrocuted Tom, the fine handwriting skills Jerry mouse possesses have graced the trailer. One can only imagine how many of these throwbacks will be in the film.

One of the many top highlights of the new Tom and Jerry movie, so far, even are the many subtle Easter Eggs and inside jokes.

The setting being in Manhattan may even be a throwback to "Mouse in Manhattan". pic.twitter.com/Z7es1xHoUI

— The Critical Thinker: Outside The Box (@IAmJustFarhan) November 19, 2020

Directed by Tim Story, the film that initially begins as a cat and mouse (even humans) chase one another, the three lead characters come together to uncover a conspiracy involving Kayla’s boss, Terrance. The filming began in 2019 after the conclusion was finally reached to officially make it a live-action/animated film. The film was set to release by December 2020 but was delayed due to the ongoing pandemic.