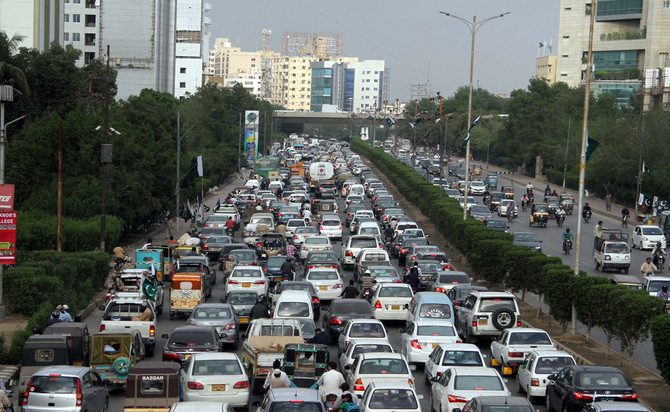 KARACHI: Cricket comes back home, after being interrupted by the deadly pandemic (which has still not left us though). However, Pakistan Super League (PSL 2020) has once again resumed course, getting done with the matches it had left. While the matches themselves have been a source of pride and entertainment for fans all over Pakistan, the traffic jams and blocked roads have been a slightly less entertaining feature of PSL.

Influencers such as Natalia Gul have taken to their social media to complain about the roads being blocked due to PSL. She did not only speak on the matter of major arteries of the city getting blocked, bringing to halt the entire traffic system of Karachi but also a solution to the problem. She suggested holding such events outside of the city, such as Bahria Town, so that the flow of traffic within the city remains uninterrupted.

Sports are something that is integral for countries like Pakistan and allows a good way of cyclical monetary transfers through sponsors, stakeholders, and passes. They give a sense of community to the people seeing their favorite cricket players swing the bat and bowl the ball in their hometown. Cricket has been of national importance for most Pakistanis too. While it is a sport most loved and frequently played in every nearly every street, it has a tendency to become a battlefield when the same sport is played between Pakistan and its neighboring country.

Contrary to that, Karachi is a metropolis as well. A hub of industries and major office of the country with the responsibility of generating about half of all the revenue collected in the Federal Board. Closing down this very hub and blocking some of its most integral roads for PSL is not only bothersome to its locals, but also the entire country in the long run. It is almost like generating revenue through PSL with one hand and giving up Karachi’s GDP with the other. The two ultimately seem to cancel each other out.