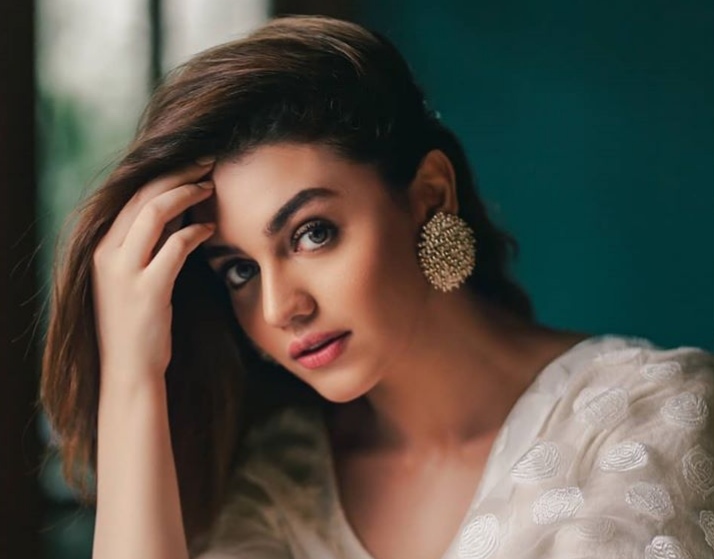 KARACHI: Zara Noor Abbas is not new to the entertainment industry. She has had strong ties given her aunt Bushra Ansari and mother Asma Abbass’ association with the fraternity. However, with very projects, she has been able to carve a niche for herself. Not just for the small screen, the actress has memorable big-screen roles to her name as well. Her TV projects include Khamoshi, Qaid, Ehd e Wafa and the ongoing Zebaish. In a recent turn of events, Zara Noor Abbas has announced her next drama.

Going by her Instagram post, the drama is titled Badzaat and it will be directed by Syed Ahmed Kamran. Written by Samina Ejaz, it will air on Hum TV.

The actress did not reveal anything else about the upcoming project in her post. We hope the newest character has something intriguing to offer to the actress as well as her fans. Though she shot to fame with her second project Khamoshi in 2018, the ones after that (Qaid, Lamhay) failed to make a mark. However, her film roles of a lively, cheerful woman (Challawa, Parey Hut Love) worked in her favour. She played a similar part in Ehd e Wafa that the audiences enjoyed.

Her ongoing drama Zebaish, in which her character is layered, failed to impress though. The character arc is problematic and disappointing. Let’s hope Badzaat does not add to her poor character choices.

In addition to drama serial Badzaat, Zara Noor Abbas has also signed a movie. She will be starring opposite Fawad Khan and Sanam Saeed in Haseeb Hasan’s upcoming film about the Pakistan Navy. Let’s wait and see what the future holds in store for the actress.