Following the lives of four male friends, the project is all set for a rerun starting Thursday 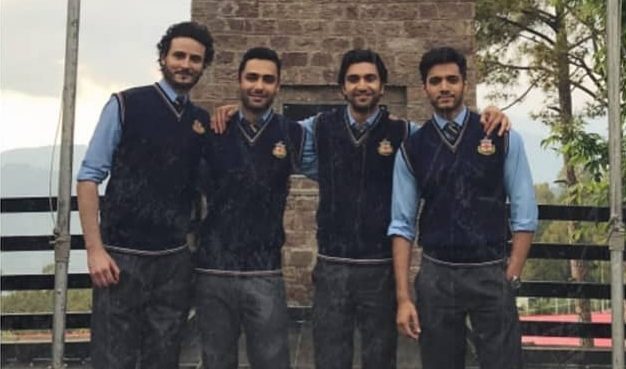 KARACHI: A few months after the lockdown, we saw a lot of drama serials having a rerun. Due to the lack of new content, almost every channel showcased old plays including Cheekh and Alif Allah Aur Insaan, among others. Currently, Mehwish Hayat and Humayun Saeed-starrer Dillagi is also re-airing on TV. The newest addition to the list is drama serial Ehd e Wafa that concluded earlier this year in March. The official Instagram handle of Hum TV announced it earlier today. It stated, “On public demand, Ehd e Wafa, is back on your television screens. Watch it Mon – Fri at 10:00 pm. Starting from 3rd September on Hum TV.”

With an ensemble cast, the drama serial left a strong impression on viewers for reasons more than one. Ehd e Wafa stars Ahad Raza Mir, Ahmed Ali Akbar, Osman Khalid Butt and Wahaj Ali in key roles. It followed the lives of four friends, essayed by the four actors. Together at one point, they eventually opt for different fields of work but are connected at heart. Despite differences and fights, they stick through thick and thin as they learn from their mistakes. The drama revolved around the Pakistan Army as one of the four served in the army.

In addition to unique themes and characters, the drama portrayed women in small yet powerful roles. Zara Noor Abbas as Rani, who played opposite Osman Khalid Butt, was very vocal and assertive. Alizeh Shah played the role of Dr Dua opposite Saad (Ahad Raza Mir), who also serves the army. Overall, Ehd e Wafa generated great feedback with the last episode leaving viewers in tears. While fans are requesting for season 2, the Saife Hassan directorial is hitting TV screens once again. The first episode goes on air tomorrow, September 3. Watch out!