Aaminah Haq responds to being body shamed by Amna Ilyas

On an episode of Tonite with HSY two years ago, Amna Ilyas and Sadaf Kanwal described Aaminah Haq as 'fat' 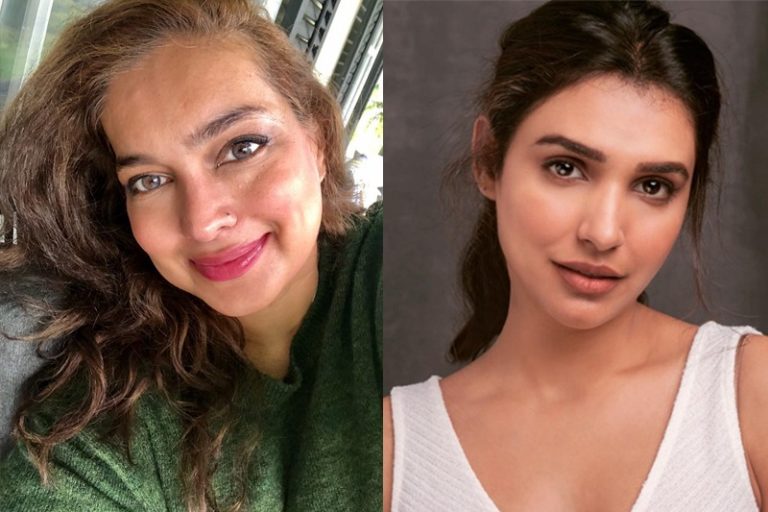 KARACHI: Amna Ilyas has always been one to voice her opinions and that too, with confidence. Only recently, she called out local celebrities and brands for promoting fairness creams and even created a parody of an advertisement. She has also previously spoke about how she was discriminated because of her skin colour and continues to promote being comfortable in one own’s skin. However, a clip from 2018 is resurfaced where she can be seen shaming another model for the way she looks. While playing a game on Tonite with HSY, Amna Ilyas and Sadaf Kanwal described former model Aaminah Haq as ‘fat’. Ilyas and Kanwal can also be seen high-fiving each other after their comments.

Interestingly, this was also the episode in which Kanwal made problematic comments about the #MeToo Movement.

The body shaming gestures made by Ilyas were also met with uproar on social media until Haq finally responded to the clip. She took to her Instagram to briefly address the matter.

“A few of you have tagged me in something a certain model/actor said about me,” she posted on her Instagram story. “Truth be told, if body shaming me brought some small shred of joy in her life, then you’re welcome. Unhappy people tend to gravitate towards hate, instead of kindness and compassion,” she wrote.

One might have expected Ilyas and Kanwal to apologize to Haq or atleast acknowledge the insensitive nature of their comments. Instead, Ilyas uploaded another video on her social media mocking the entire debate. “Kis ne kaha hai mota? Woh toh main hun hi nahi” (who used the word fat? I’m not fat) she says.

What hypocrisy? What are you talking about? 🤷🏽‍♀️

Ilyas also asked “what hypocrisy? what are you talking about?” and on behalf of Aaminah Haq and all the other girls who are body shamed, we are here to remind everyone about another post that Ilyas uploaded only last week. Posting a picture of herself, Ilyas reminded her readers what a ‘sensitive topic’ body weight is. She claimed to be just another girl whose body weight fluctuates and who often feels ‘afraid’ to speak about it. “You are alright and don’t let the superficial aspects of the world get you down,” she wrote. While her words are powerful, one cannot be sure in light of recent events whether she should be taken seriously or if her own body image is the only thing she is considerate towards.

I’m just a girl like you. My body fluctuates between gaining and losing weight, and often times I feel afraid to speak out about such a sensitive topic. Today I decided to shatter the glass ceiling and speak out because everyone needs to hear that you are alright and don’t let the superficial aspects of the world get you down. Having said all that, iska ye harqiz matlab nahi hai ke app log exercise ya diet karna chor den 😆❤️