Nimra Ali, the girl who went viral, under fire for a remark on TV 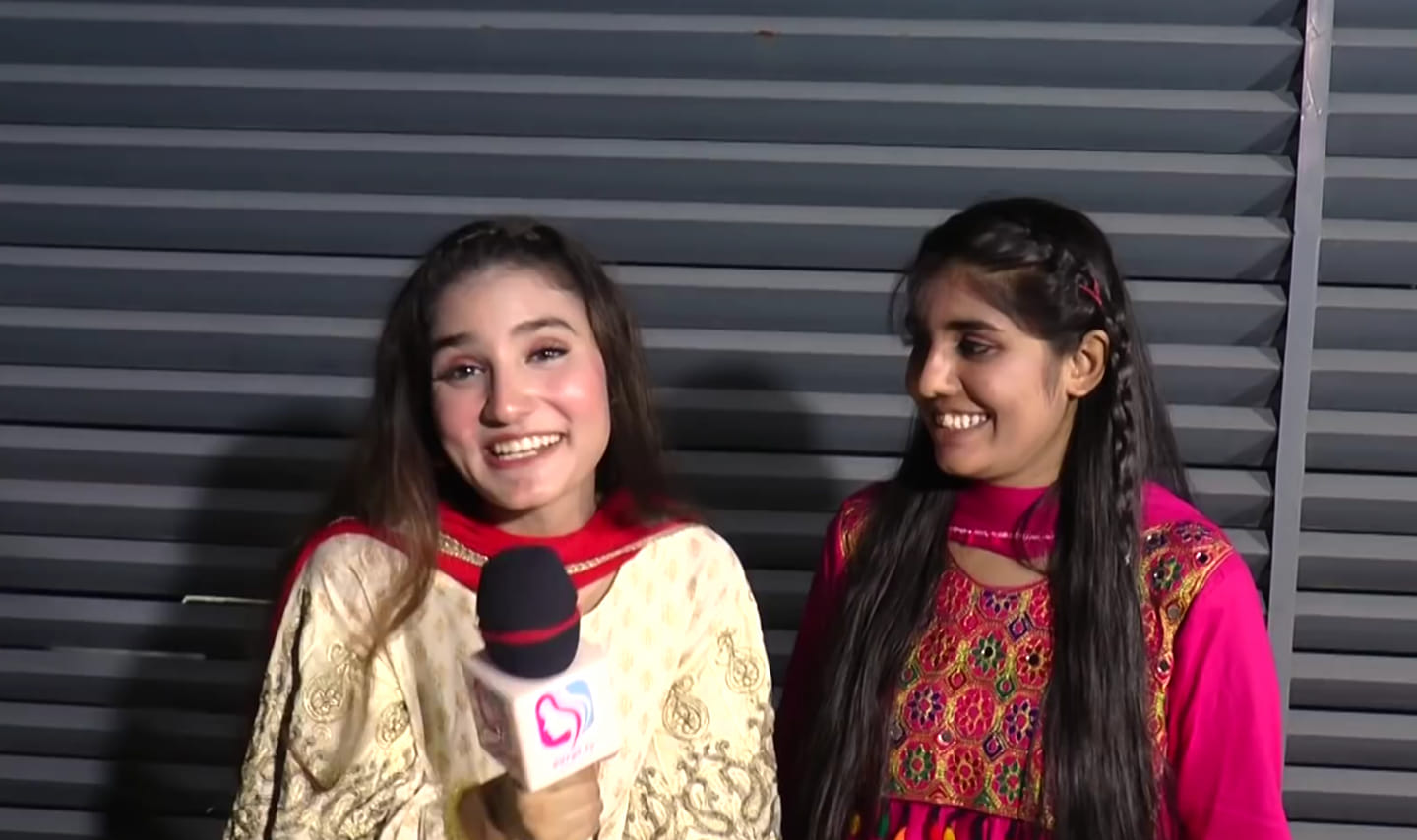 KARACHI: Nimra Ali recently went viral for sporting her energetic and enthusiastic aura during the interview she gave visiting a park with her cousin. However, after becoming an internet sensation, she landed into a controversy post an interview on TV.

This video will make your jaw hurt, too much excitement and happiness in just 2 minutes. pic.twitter.com/9gatcHcGAf

A large part of the audience has brought attention to the fact that something as ordinary as Nimra’s interview is given a lot of attention by the media while people who really deserve to be in the spotlight are often pushed aside and never get a chance to showcase their skills.

Just came across this comment of a student who has done MSC Mass communication but still unemployed😢
This is the thing that the people like Nimra Ali can get fame without doing any thing and people who have spent their whole life in learning communication are unemployed!!!💔💔 pic.twitter.com/s08HNryQhM

On the other hand, a number of people have also come to her defense:

Every girl is NIMRA ALI unless she is bashed by the society or her own people for being lively and happy. Now people have started molding her into the traditional shape that the patriarchal society demands a women to be in; taciturn and reticent!

However, Nimra Ali was mostly bashed recently for her re-enactment of a certain dialogue from the drama serial Aangan where the anchors are seen cheering on. Her remark was seen as jingoistic and bigoted towards the Hindu community.

“Gandhi Nehru matam manao"Hindu ki maiya mar gaye"Says Nimra Pakistani: Social media sensationalist and someone doing rounds on the SM since quite a few days.Why this HATRED? Why this Hindu always in your fucking mocking business for fun? And wow see the news anchors on a NATIONAL media channel clapping and Happy that she had something funny to really cheers about?Shame. Shame. Shame.

Although the anchors apologized, it was only done after the following statuses came from their side to the backlash their episode received.

The video is now being called fake, in spite of Nimra Ali apologizing for her remark.

I am so sorry @KDSindhi Sir, I was just copying a character done by @Iamsajalali (One of my favt. actresses) , didn't want to hurt you or anyone from #Hindu community😢 #PakistanForAll https://t.co/tJsKUp4Lks

There is nothing fake. She did it. Nimra Ali insulted a section of population & the two idiotic anchorpersons laughed at it. Now, after the backlash, she has realised her mistake. However, she is still lying, by calling it, ‘fake’.@gnnhdofficial #GNNUpdates @24NewsHD #24NewsHD

The 17-year-old can be seen crying in the video, causing a stir on social media with a large number of people calling it hypocrisy on the part of Muslims that a Hindu saying something similar about a Muslim could never get away with it in Pakistan. Social media, however, also comprises people who are contesting for “letting it go” when it came to the comments she made that hurt the sentiments of Hindus keeping the naivety of her age in mind.

The anchors and Nimra herself have accepted their mistakes and apologized. Their apology is truly acceptable. But, let me ask this to both the anchors, if you both cannot correct or stop someone passing jingoistic remarks on an ongoing TV show, are you even active anchors?

Media And social Media Made her Cry. Social media sensation Nimra Ali Breaks in to Tears Over fake youtubs videos about her Character. pic.twitter.com/isvJvP5fT7

You @KDSindhi could’ve ignored what she was chanting due to her innocence or ignorance while especially keeping in view the background of what was being mimicked & handled matter differently.

Now will you take responsibility of these threats & raise voice to curb them? #NimraAli https://t.co/fCFxqAEjZ6

A user’s comment aimed to highlight the reason behind Nimra Ali’s fame being rather insidious and reflective of how we expect our women to be and reward them for behaving within those boundaries:

“The worse part is that this is an existing dialogue from a Pakistani drama called “Aangan” which has already been aired past year. This girl is just trying to mimic Sajal Aly who said the dialogue originally. I wonder how PEMRA functions and how such insensitive crap make it to the national television. The girl isn’t that naive, but at least she wishes to be seen as one. The stereotypical paki woman with zero intellect, idle talk, no voicing of opinion, “Masoom” That is what’s getting her all the attention from both the media houses and the audience since she perfectly fits the silhouette of the girl that they pay actors to portray for the audience in dramas.”