Brad Pitt and Jennifer Aniston reunite on screen after 15 years 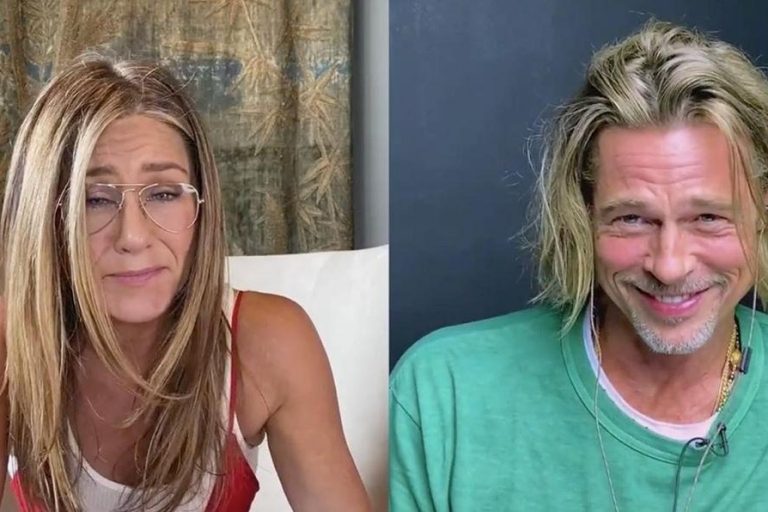 KARACHI: Former Hollywood couple, Brad Pitt and Jennifer Aniston were one of the audience’s favourite couples until their divorce in 2005. The two actors have shared a friendship since the relationship ended and their brief reunion at the SAG Awards in January left the fans rooting for the two once again. Last night saw Brad Pitt and Jennifer Aniston reunite once again, but only virtually. The two were part of a virtual table read of the 1982 film, Fast Times at Ridgemont High.

The event was a fundraiser part of relief efforts being conducted for the ongoing pandemic. The proceeds from Thursday’s event will go toward Sean Penn’s nonprofit CORE (Community Organized Relief Effort) and REFORM Alliance. Joining Brad Pitt and Jennifer Aniston on Facebook Live were Henry Golding, Shia LaBeouf, Matthew McConaughey, Jimmy Kimmel, Julia Roberts, John Legend and Sean Penn among others. However, the reunion of the former couple definitely attracted the most attention.

Though the virtual event was delayed by a month, it was an exciting one nonetheless. Dane Cook shared with PEOPLE, “I threw out a bunch of names originally, and was fortunate enough to get a couple of those names pretty quickly. I mean, Jennifer Aniston was lovely, and was so gung-ho. Julia Roberts came in within that first week or two, and within 10 days, I knew that this could go the distance. In terms of casting and how we wanted it to come together, there’s some expectation of what kind of person should be playing this role or that role, but truly it was about, let’s really try to break up the diversity, and let’s be unexpected. You know, a live read is a celebration of the written story.”