Madonna is directing her own biopic 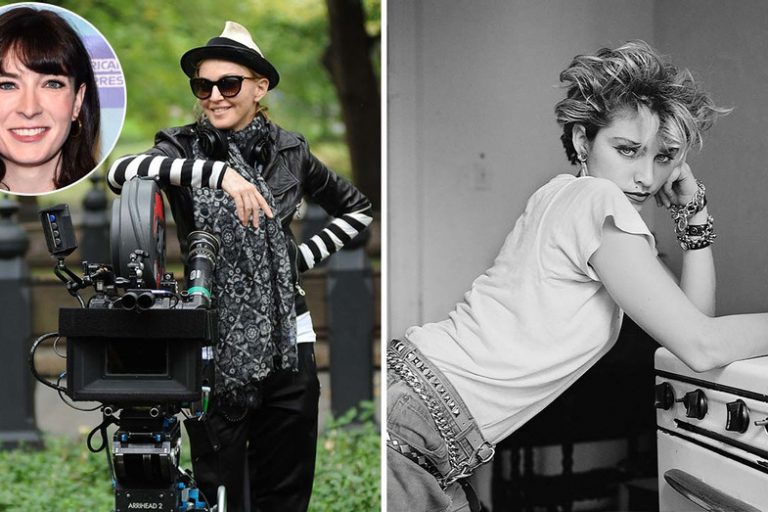 KARACHI: Madonna is all set to direct a biopic on herself. The Material Girl has joined forces with writer Diablo Cody, producer Amy Pascal and Universal for the project. The music and pop culture icon has so much to tell about her life that she is co-writing the autobiopic alongside directing it.

“I want to convey the incredible journey that life has taken me on as an artist, a musician, a dancer – a human being, trying to make her way in this world,” Madonna told The Hollywood Reporter. “The focus of this film will always be music. Music has kept me going and art has kept me alive.  There are so many untold and inspiring stories and who better to tell it than me. It’s essential to share the roller coaster ride of my life with my voice and vision.”

Madonna’s career spans almost four decades and goes far beyond music. She has ventured into arts, movies, fashion as well as charity. She stepped into the music scene in the eighties and established herself as the ‘Queen of Pop’. She has best selling albums Like a Virgin, True Blue, and Like a Prayer to her name. She kept pushing the envelope and highlighted tough subjects such as sex, religion and race.

She also worked as an actress, with movies such as Desperately Seeking Susan, Dick Tracy, A League of Their Own and Evita. Simultaneously, she made headlines for relationships with Sean Penn, Warren Beatty and Guy Ritchie.

Life is a Battle Work is a struggle Creation is the beautiful reward!! ♥️

Along the way, Madonna was certified the best-selling female music artist in history. She sold 335 million records worldwide and remained the highest-grossing solo touring artist of all time. According to Universal Filmed Entertainment Group chairman Donna Langley, “Madonna is the ultimate icon, humanitarian, artist and rebel. With her singular gift of creating art that is as accessible as it is boundary-pushing, she has shaped our culture in a way very few others have.”

Madonna taking the lead to guide her own biopic does not come as a surprise. Anyone who has followed her career would know.