The Queen star says the film will be a story of 'an achiever, a girl from the mountains who came to Bollywood' 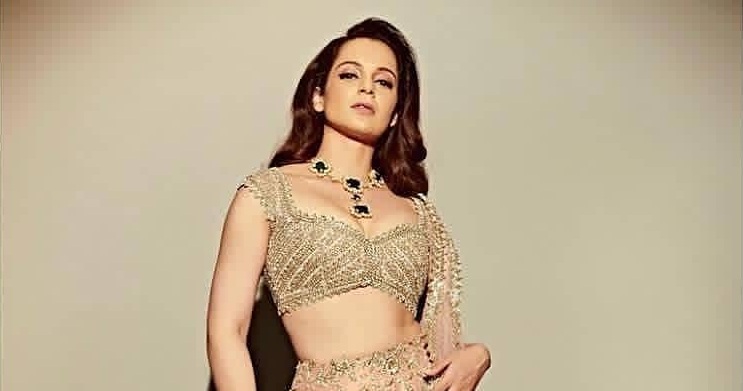 KARACHI: Who better to make a movie on your life than your own self, right?

After the success of her directorial debut with Manikanika: The Queen of Jhansi, Kangana Ranaut will be directing a biopic on her life, Indian media reported. The script will be put together by veteran film writer KV Vijayendra, known for his work in Telugu cinema as well as Bollywood.

In a statement, the Queen star said that her next directorial is based on her own story. “But it is not a propaganda film with characters who are starkly black and white,” Ranuat said, “Rather it is a sincere, heartfelt account of my journey so far with plenty of lighter moments.”

“I am emboldened by the love of the people around me, who have never judged me but accepted me for who I am,” the Tannu Weds Manu actor added.

Reports further state that the idea of the biopic based on Ranuat’s life came from film screenwriter Vijayendra, who “urged [her] to let him write a film based on [her] life”.

“I was nervous and wary initially, but then, given his stature and the fact that I trust him implicitly, I gave Vijayendra sir the go-ahead to the project.”

The star made her debut in 2006 with the film Gangster, for which she won several awards. The next decade saw some of her best work such as Life in a… Metro, Fashion, Tanu Weds Manu and Queen, winning three National Film Awards.

Despite her success, the Queen actress has drawn much ire from Bollywood for being outspoken and calling out many of the malpractices that go on in the Indian film industry. Perhaps, the most noise was made when she openly spoke about nepotism being rampant in Bollywood on the popular talk show Koffee With Karan.

She has called out sexism in the industry (remember the Diva song), and survived people’s elitism and class privilege. Safe to say, she has earned many enemies in the film industry. However, in her statement, Ranuat says she will not be taking any names.

Read: ‘Koffee with Karan’ boasts of opening with ‘girl power’ but goes straight into asking about boyfriends, marriage

“The idea is to protect me and my life with all its highs and lows. In the end, it is the story of an achiever, a girl from the mountains who came to Bollywood without any connections in the industry or even a godfather, and went on to carve a niche for herself against all odds.”

Though unconfirmed, her biopic is also set to release later this year. Ranuat will be seen alongside her Queen co-star Rajkummar Rao in Mental Hai Kya, set to release on March 29.