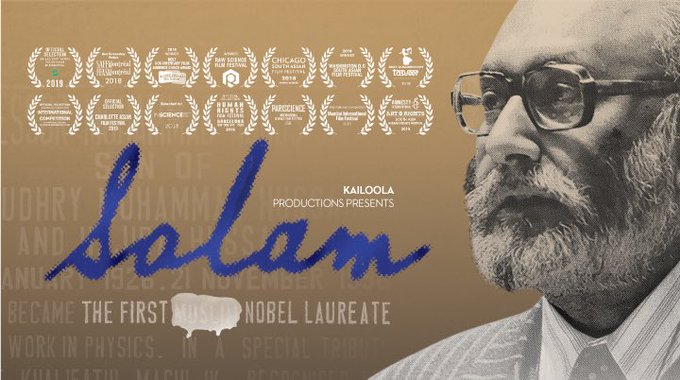 Salam – The First ****** Nobel Laureate is reported to hit Netflix on the 1st of October of this year. The film is said to depict the story of the brilliant physicist Abdus Salam, up until winning the Nobel prize in 1979 that made him the very first Pakistani to be rewarded with this distinction. It also details other aspects of his life such as his religious beliefs and becoming forgotten because of them as well as his personality that was often described as colorful and charismatic.

Watch ‘Salam – The First ****** Nobel Laureate’ on Netflix October 1st, 2019!
It’s been an amazing journey. Thanks for your support over the last 15 years. pic.twitter.com/6JRIexnZ0C

Salam – The First ****** Nobel Laureate
Coming soon to a streaming platform near you. pic.twitter.com/qGezvVrzHt

Abdus Salam has been regarded as a controversial figure in Pakistan because of his religious believes, being that he is a member of the Ahmadiyya community. The trailer of the Anand Kamalkar  film shows footage of him receiving the award, his hard work that led him up to it to achieve ‘breaking the barrier and taking away that sense of inferiority.’ It further touches upon the challenges that he had to face being an Ahmadi Muslim and how the term “Muslim” was removed from his gravestone that initially read “First Muslim Nobel Laureate”.

The film has already won Best Documentary Feature in South Asian Film Festival of Montreal and is being greatly anticipated by users on Twitter.

Should be a great film. Looking forward.

Oh, it's great it's gonna be on netflix!

This documentary will be broadcasted on @netflix 1st of October .
This is a must ! pic.twitter.com/rEfjdpLxxK

Who is Rabindranath Tagore?

Review: The Social Dilemma reminds us that we’re addicted to our phones