Review: The Social Dilemma reminds us that we’re addicted to our phones 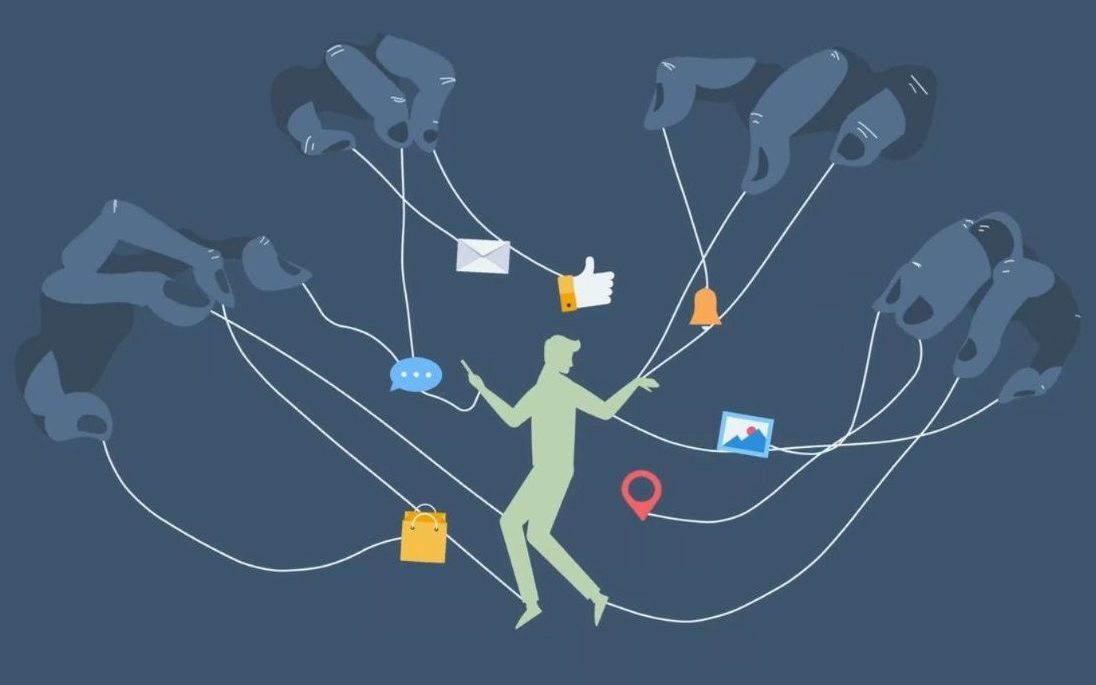 KARACHI: It’s 1 a.m. and I’m on my phone. Am I calling/texting someone? Absolutely not. I hate phone calls and leave people on ‘read’. ‘I need to sleep’ I keep telling myself. But why can I not? Because my brain is wide awake and it wants to keep scrolling. ‘I’m addicted to my phone’ is something I tell myself at least 10 times a day. I go on to my laptop to stay away from my phone but the same social media apps make their way to my computer’s screen and I find myself scrolling again. It’s like being stuck in a loop. If you can relate to this, you probably need to watch The Social Dilemma. A Netflix original, the documentary reiterates concepts that many of us already know but seem to consciously overlook when using social media: we are addicted to our phones.

30% of 18-44-year-olds feel anxious if they haven’t checked Facebook in the past 2 hours. Big Tech’s promise to keep us connected has given rise to a host of unintended consequences that threaten the health of people and society. How is our growing reliance on technology and social media impacting you? Watch "The Social Dilemma" on Netflix starting 9/9 and join us in rebooting the system for the common good at www.thesocialdilemma.com. #TheSocialDilemma

Directed by Jeff Orlowski, The Social Dilemma is a combination of drama and documentary. Featuring documentary-style interviews of former employees of Google, Facebook, Twitter, and Pinterest amongst others, the fictional part of the film showcases a typical family. The nuclear family has a first-born who does not own a phone and has no interest in social media. The youngest daughter, however, is a depiction of most of us. She is addicted to her phone and barely interacts with the rest of the family members.

Released on September 9, The Social Dilemma simply reminds us of what we already know while also giving us insight from a developer’s point of view. The film definitely urges its audience to ask questions and realize that most of the answers are already present around us.

What is the problem?

This is one of the first questions that interviewees are asked in the film. Justin Rosenstein, Former Engineer at Facebook and Google, says that there is no single problem. Social media can be blamed, yes, but who created it? Rosenstein tells us about the time he made a presentation based on all the concerns he had about what they were doing at Google. Rosenstein had been working on the specifics of Gmail to the extent that he was burnt out. All that he and his coworkers seemed to be discussing were the features and design layout. Many of his coworkers agreed with and related to the concerns spread out by Rosenstein in his presentation, but nothing was done about it. So we all are the problem, our ignorance is the problem.

Tim Kendall, Former Executive at Facebook and Former President at Pinterest, pointed out that many perceive the negative impacts of social media to be a consequence. No one realizes that the very nature of the technology is to disrupt human lives and behaviour.

Who knows about it?

I know I am addicted to my phone. We all know that we rely on social media to an unhealthy extent. It is no secret that it negatively impacts our mental health. Snapchat dysmorphia is very real with teenagers wanting to alter their appearance so that it looks as perfect as the app’s filters. The number of likes and comments on our Instagram posts brings us instant gratification which is why we keep returning to the app every few seconds. Everyone knows they are in a toxic relationship with their device, but barely anyone wants to get out of it.

Who is the product?

An interesting question that The Social Dilemma raises is ‘who is the product’ for these social platforms as clearly we are not paying for any of them. But advertisers are paying these companies on our behalf. We, the consumers, are being sold without us realizing it. Social media companies are competing for our attention. They want us to spend longer hours on their app in order to get more money from advertising companies. They want us to invite our friends and family to spend time on the same app so they can target a bigger audience.

Is it a coincidence?

How many times have you had a conversation with a friend over a particular product and picked up your phone to see it displaying ads of the same product? The film explains that it is not a mere coincidence. These organizations have algorithms which notice our behaviour, the patterns that our likes and dislikes follow, our interests. It’s like a horrifying image of these developers having voodoo dolls of their consumers and being aware of its every move. Contrary to popular belief, these apps do not want our data. Passing on our data has no benefit for them. But knowing our nature inside out, predicting our behaviour before we even know it, that is what they want to achieve. Creating a model that is more accurate than the previous, that is their goal. And that is how they make sure we spend longer hours on their site.

Are we still connected?

Constantly being on our devices is making us more anxious, depressed and dependent on external validation. Local authorities have already been after platforms like Youtube and Tik Tok to monitor their content. Video games have been assumed to be the inspiration behind mass shootings and the way in which they are carried out. The pandemic has only made us consume more and more online information and spread longer hours on screen. We know what the problem is, we have known it for years. But can we get ourselves out of it?