With his character as Shams in Churails, Kashif Hussain embodies the man we need, setting healthy examples of non-toxic masculinity 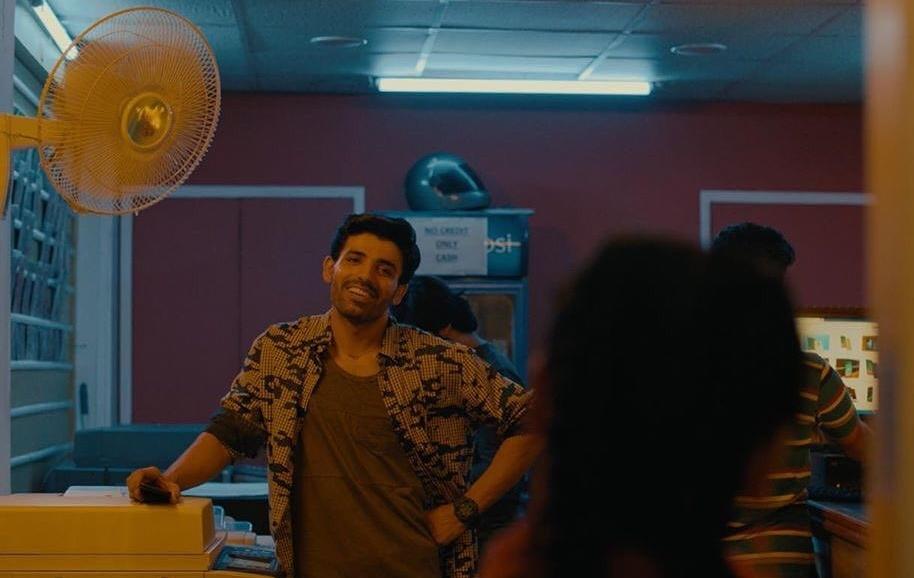 KARACHI: When one of the lead actors from Churails, Kashif Hussain says Shams is not a ‘good’ guy but a normal one, he aims to discard the idea that a man needs to be put on a pedestal for doing the bare minimum. “Recognizing someone has respect as a woman should be as normal as recognizing she has an arm. She was born with it,” he says.

We sat down with the actor, who has had extremely notable experience as a theatre performer and teacher at the National Academy of Performing Arts. Recently, he has acquired another feather in his cap by playing one of the lead characters in Asim Abbasi’s web-series, Churails, starring alongside various notable stars of the industry. In the show, he is known as Shams, Zubaida’s boyfriend. The talented Mehar Bano plays the character of Zubaida in the show.

Hussain anticipated some hate for this performance of his. “Oh, I knew men were going to hate me after I did this character!” With his optimistic aura leading the way, not once did he complain about people who have found the show objectionable (even though they haven’t even watched the show yet). While people are hellbent on assuming the series disrespects the niqab and refuse to watch it, Hussain showed nothing but amusement to such attitudes.

Although the actor is lauded for his performance in Churails, hardly anyone knows he is a dancer as well.

“If I have a hundred friends, all of them will know I am an actor. But only two would know I am a dancer. However, the fact that there is nothing done in this field in Pakistan never stops me. I’ll act. If that doesn’t work, I’ll paint. I will keep on finding newer modes of art to express myself,” he says.

Speaking of his journey, Kashif Hussain reveals that he earned himself a Fulbright Scholarship to the University of Texas, Austin, where he not only learned acting and direction but also dance.

Being the only person in Pakistan currently who knows LMA Laban/Bartenieff movement analysis, Kashif Hussain also instructs a course called ‘Movement for an Actor’ where he teaches actors-to-be to don on the behavioral persona of the character they are playing.

Enthusiastic to learn LOD (Language of Dance) where he would be able to notate human movements on a chart using LMA, Hussain finished reading a whole coursebook after taking his very first-class at UoT.

“It was a dream! There would be Anthony Hopkins downstairs giving lectures, we would be seeing Hugh Jackman during lectures. I prayed for these days to come.” He smiled at the memory of his teacher then telling him how the book was supposed to be studied over the course of the semester.

Art is a priority

Kashif Hussain gave a few examples of how people in the past have used body language to send a message, how one can use it in dance and how people within our society are so detached from having human connections that they cannot read the room, they do not understand it until you say it. For him, art is a priority. “Any art form first needs a narrative, entertainment should be secondary.”

He believes that we cannot read art as a society and that we quote artistic pieces in our conversations, but we hardly understand it. Things have painted themselves this way because society does not want the truth and is insecure. That can be seen in the way we perceive any free woman negatively, for instance.

Life is latent In seeking , It’s origin is hidden in desire ! Shams is everything his name has ! The Sun always shining bright above , when not around brightening up the moon , his essence is always there , giving hope to seekers , nourishing flowers , giving hope ! Watch churails , streaming now on ZEE5 . @zee5_europe @zee5mena @zee5apac @zeezindagiofficial @Zindagi @zindagiofficial #Churails #ChurailTribe #shams

As a dancer, he revealed how his definition of dance is completely different from what it has now become. “What does the movement say?” is how Kashif Hussain distinguishes between good and bad dance. “Koi bhi cheez hil rahi hai tou woh dance hai (Any movement you make is considered dance)” he commented, amused.

Dancing is about telling a story, about expressing yourself. He revealed how he doesn’t say much to express himself but uses body language to communicate.

Emphasizing on lyrics as a dancer, in an age where people dance on beats, he laughed at how people do not understand when he asks for lyrics for his choreography instead of music. He even quoted how the nineties have been a decade of peak commercialism, and how songwriters wrote lyrics that not only had zero narratives but also had nothing to do with the film whatsoever. “Aap batayen, ‘khambay jesi khari hai, larki hai ya charhi hai’ jesey lyrics per kya dance karey insaan?” he said, speaking of the famous Aamir Khan and Madhuri song, Khambay Jaisi Khadi Hai.

He also brought to our notice how most glorified songs are chauvinist in nature. But people keep singing those songs without realizing how problematic they can be. One such example he quoted was the famous song, Kabhi Kabhi Mere Dil Mein Khayal Aata Hai, starring Amitabh Bachchan and Rakhee Gulzar. The lyrics go like this: Kabhi kabhi merey dil mein khayal ata hai, keh jesey tujhko banaya gaya hai merey liye (Sometimes I think you were made just for me).

Hence, the inherent untapped toxic-masculinity that subtly embeds itself in our culture and believes it owns everything.

Last year I met this gentleman for a project , I was already blown away with the idea of it ! With only 25 minutes of talk about the character made me believe how incredible he is as a Writer , we were only two dialogues down and I could speak about the character’s Arc ! And then after a month I got the text “I want you in this project” I started preparing for this character “SHAMS” and when I read the whole script of “Churails” shams was more than a character , he was the soul of a PERFECT MAN ! Like his name “ burning inside but brightening up the whole world” I do confess first few days were very problematic but @a_abbasi this guy solved all the problems like there wasn’t any and all that time I heard him saying “ trust me “ I’m glad I trusted you on every dialogue and on every gesture or movement of shams ! More than 80 days of shoot were very frustrating for many of us but I loved every moment being this character whether on camera or off camera ! and the last day of shoot was surreal “leaving This amazing character behind and going ahead with your own life “ because obviously a life is always waiting for you when you are done ! You are the only one who knows how it was , what I was going through those days , I have no words to thank you so I put it this way “ sometimes you don’t have to dive deep in a sea to find pearls or treasure , you just have to look around “ you are TREASURE, more than connecting to character you connected with the actors which is incredible ! Glad and honoured working in churails and being Shams 🙂 and pic itni achi nahi hai but it works 😉 ❤️🤗 love and respect ✊ @zee5_europe @zee5mena @zee5apac @zeezindagiofficial @Zindagi @zindagiofficial #Churails #ChurailTribe @⁨Asim Abbasi⁩

He reminisced the time Asim Abbasi auditioned him for Churails. Another person was late, which bought him some time with the director. Hussain recounted how he had questions about the character and asked Abbasi, “What has happened to Shams that he is so enlightened to the struggles of these women?” Hussain smiled as he continued, “I think those were the few minutes in which Asim decided to cast me.”

Singing praises of the director, he lauded him for having an all-female team of assistant directors and revealed that he would often consult them regarding whether the scene was okay. “Asim is a genius. He was an accountant in the US, living a life that is a dream for so many. But he just decided to pursue film. He soon joined an academy and has been true to his passion ever since.”

Speaking of Shams, Hussain said that he exchanged “tum” for “aap” for all Shams’ dialogues addressed to female characters, because he felt this person is simply an empathetic and decent soul.

“You have to be passionate. An artist could be burning on the inside, but the audience only sees that he’s lighting the whole place up. Unfortunately, our relationship with passion is only flirtatious. The second things get real, we start looking for a backdoor exit,” he concludes.