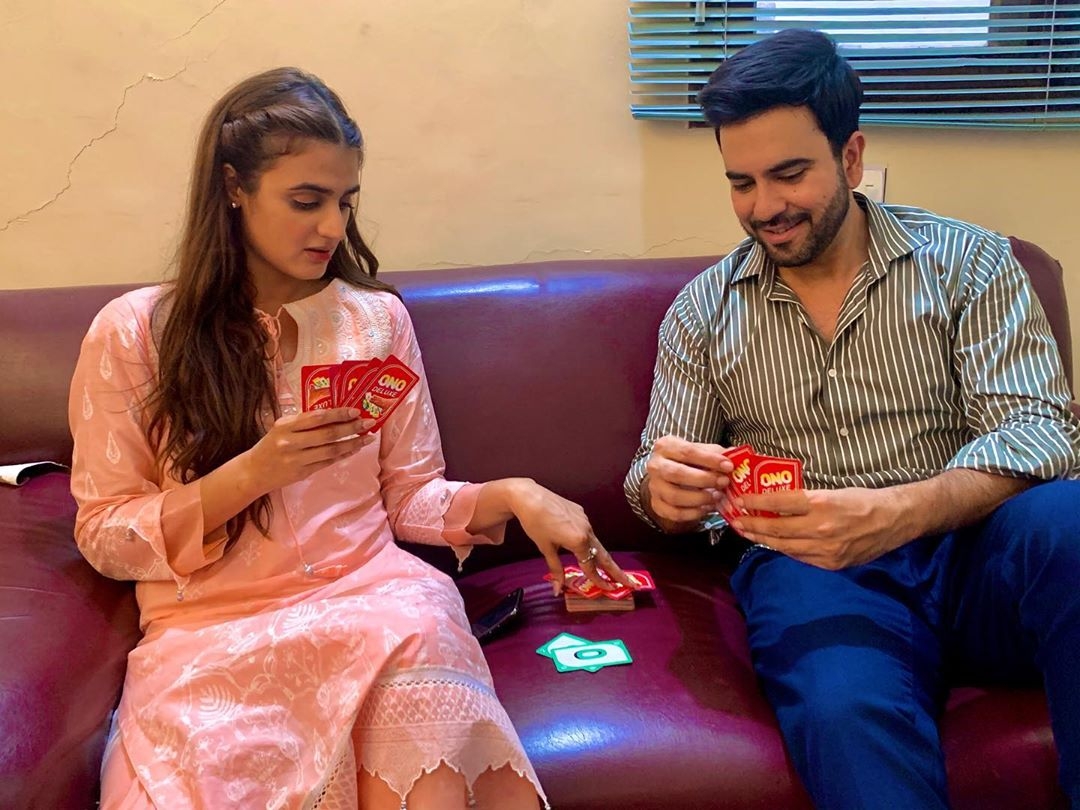 KARACHI: Hira Mani and Junaid Khan have appeared in multiple dramas together and the onscreen couple has a huge fan following. The good news is, the two actors are coming together once again for an upcoming drama serial. Directed by Ali Hasan, it is being produced under MD Productions and will air on Hum TV next month, according to Junaid Khan. A picture circulating on social media features him and Hira Mani alongside Armeena Khan, who will be returning to television after Daldal (2017).

Speaking to Cutacut, Junaid Khan shared that it is not really a love triangle. However, he did not reveal much about the plot at the moment since the drama recently went on floors and is expected to air in October. Refraining to share anything about the story, the actor did tell us a bit about his character.

“As far as my character is concerned, he is in a very healthy, romantic relationship with his partner. He has an amazing family and life. However, when some people start intervening, his life turns upside down. From there on, his journey of self-discovery starts. He tries to recover from the struggles he faces to get back on his feet,” he informed.

When asked about his pairing with Hira Mani and if it is going to be something different this time, he insisted on keeping it under wraps. Junaid Khan and Hira Mani have earlier appeared in Thays, Sun Yaara, Mohabbat Na Kariyo and the ongoing Kashf. They share amazing chemistry onscreen and we’re eager to see them coming together in a project once again.

In addition to this project, Junaid Khan is also gearing up for Khuda Aur Mohabbat 3 opposite Tooba Siddiqui. Currently, he is starring in Kasak and Kashf. Meanwhile, Hira Mani recently paired up with Affan Waheed for an upcoming drama serial too.