The minorities who made Pakistan

Minorities are often cast aside when it comes to our history books and popular media, but was it really the case? 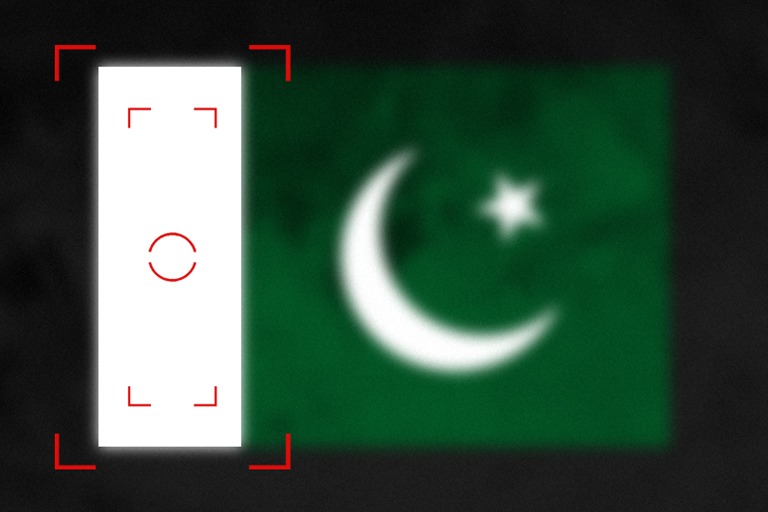 KARACHI: With Zia’s Pakistan in the eighties, the secular side of Pakistan had to take a backseat. Several names of various minorities and their contributions were not only removed from most history books, but a number of them are also portrayed as Sunni Muslims by faith.

Some of the repercussions of this ‘green-washing’ can be seen by the fact that most Pakistanis have no idea about the following people and their contribution towards Pakistan. Most people are either unaware of their faith or plainly deny it.

Read: Remembering the ‘Mother of the Nation’ Fatima Jinnah

He served as the country’s first minister of law and labour. He was the second minister of commonwealth and Kashmir affairs. He joined the struggle for Pakistan because he found common grounds with Muslim League’s demand for partition. As a Dalit himself, he hoped Pakistan could be good for scheduled castes.
He migrated to India a few years after partition after resigning during Liaquat Ali Khan’s time, citing anti-Hindu bias towards him.

He was a Pakistani politician who also served as the Speaker of the British Indian Punjab assembly. Along with being a member of the Punjab Assembly between 1947 and 1948, he was also a registrar in Punjab University. Due to him, the matric examination system and intermediate level degrees were introduced to the education system in Pakistan. In recognition of his services, he was awarded the distinction of Dewan Bahadur.

General Muhammad Musa Khan, HPk, HQA, HI, HJ, MBE, was a Pakistani four-star general, and the commander-in-chief of the Pakistani army, serving under President Ayub Khan from 1958 until 1966. He later became a politician.

He gained a commission as an officer in the British Indian Army where he served with distinction in World War II, fighting from the UK’s side. He then commanded the combat brigades in war with India over Kashmir in 1947 becoming commander-in-chief later on.
He retired after the war in 1965 and served as the governor of West-Pakistan from 1966-69. By 1985, he was appointed the governor of Balochistan, where he remained in office until his death in 1991.

Chief Justice Alvin Robert Cornelius was a Pakistani jurist legal philosopher and judge, serving as the fourth Justice of Pakistan from 1960 until 1968. In addition, he served as Law Minister in the cabinet of Yahya Khan, 1969 – 16 December 1971.

Even after his departure from the Supreme Court, he was the voice for minorities.

According to legal scholars in Pakistan, his opinions were some of the greatest defences of “freedom of religion” written by a Christian chief justice of a Muslim state.

He was a Pakistani jurist who served as a senior judge and acting chief justice of the Supreme Court of Pakistan (CJP) Although he remained the acting CJP while Pakistan faced judicial crises back in 2007, he also briefly became the acting Chief Justice of Pakistan during Iftikhar Muhammad Chaudhary’s absences because of foreign tours. Other notable positions he enjoyed were also being Chairman of Federal Public Service Commission of Pakistan, as well as heading the interview panel for the selection of the federal civil servants in 2009.

Group Captain Cecil Chaudhry was a Pakistani academic, independent human rights activist, and veteran fighter pilot. As a flight lieutenant, he fought in both Indo-Pak Wars of 1965 and as a squadron leader in 1971. He was awarded his glider pilot’s wings in 1956 when he was an Air Scout. In 1960, he received his double B.Sc in aeronautics and mechanical engineering also becoming an ace fighter pilot upon graduating from the PAF Academy.

During the 1965 war, Chaudhry and three other pilots attacked the Amritsar Radar Station in a difficult operation. He was awarded Sitara-e-Jurat for his efforts in that mission and awarded the President’s Pride of Performance by Asif Ali Zardari.

Read: What have we done with the white in our flag?

Lieutenant-General Abdul Ali Malik was a three-star rank army general in the Pakistan Army and an engineering officer in the Corps of Engineers who earned a distinction for leading the combat engineering formations to mechanized warfare in Chawinda during the second war with India in 1965. He later commanded the I Corps during the third war with India in 1971.
Awards: Hilal-e-Jurat

Major General Iftikhar Khan Janjua, HJ & Bar, SPk, SQA, was known as the hero of Rann of Kutch, as he was a brigadier in command of 6 Brigade, during the fighting in April 1965 prior to the Indo-Pak war of 1965. Killed in a helicopter crash in Kashmir, during the Battle of Chamb he was commanding 23 Infantry Division during the war of 1971.

Till today, he remains the only General of Pakistan army to die in combat.
Awards: Hilal-e-Jurat

According to journalist Wussat Ullah Khan, both these officers were once a part of our history books, with a black and white picture of Ayub Khan pinning the medal Hilal-e-Jurat on their chests. However, soon it was found out that they were Ahmedis leading to their removal from the national curriculum.

Although user-driven websites, along with the national curriculum try to portray him differently, Jinnah, a barrister, politician and the founding father of Pakistan was an Asna Ashri Shia.

He was born into an Ismaili Shia household as Muhammad Ali Jinnahbhai. He later converted to a Khoja Ithna Ashari Shia in 1901 after the Agha Khan refused to bless his sister’s marriage outside the Ismaili community.
Jinnah served as the leader of the All-India Muslim League from 1913 until his efforts created Pakistan on 14 August 1947. He then served as Pakistan’s first Governor-General until his death.

Whatever we want our Jinnah to be for reducing our guilt towards treating our minorities the way we treat them, in the words of a famous Pakistani journalist and author of Mr Jinnah: Myth and Reality – Yasser Latif Hamdani this much is clear:

Jinnah made it absolutely clear that Pakistan would not be a theocracy to be run by priests with a divine mission. There was no space for a Council of Islamic Ideology and the Federal Shariat Court in this vision. Nor could he have imagined that one day Pakistan’s National Assembly would decide whether a particular sect is Muslim or not.

Read: Who was Jinnah, an Islamic cultural relativist or a brown sahib?

While minorities have made ample efforts to the betterment of the nation, the big question is: are we even ready to acknowledge their contributions?