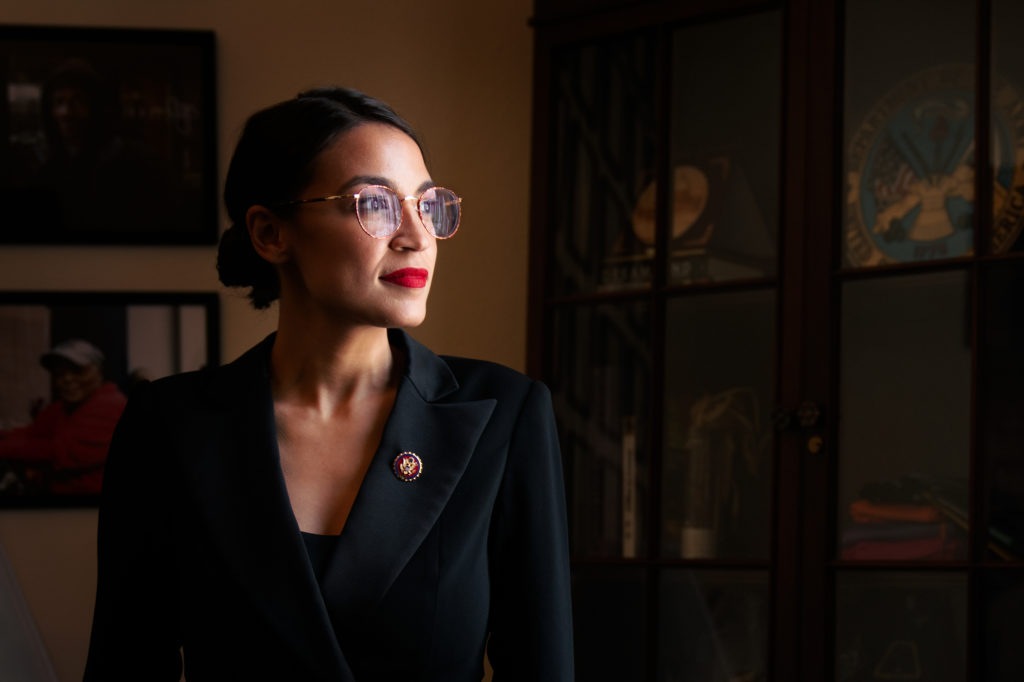 KARACHI: Last week, Congresswoman Alexandria Ocasio-Cortez took to the floor of the House of Representatives to speak out against the verbal abuse that she faced at the hands of Representative Ted Yoho a couple of days earlier. Her speech was so powerful and resonated with so many people that it resulted in Yoho apologizing for his comments and also offering a resignation from the board of a Christian organization that works to fight hunger.

Cortez recalls making her way up the steps of the Capitol, minding her own business, when Yoho called her ‘disgusting, crazy, and dangerous’. Later, Yoho even went far enough to call her a ‘fucking bitch’ in front of the press.

Congresswoman Ocasio-Cortez spoke on the floor today about Rep. Yoho’s verbal assault and about the daily attacks so many women in Congress and women in the workplace endure. She was joined by several of her colleagues

The 10-minute long speech that Cortez made on the floor simply served as a reminder of what women, for years, have been trying to say about abuse in general and workplace harassment in particular. Cortez reminded us that ‘this is not new and that is the problem’.

As Cortez spoke about being a victim of harassment from the time she waited tables, to taking the subway, and now being a woman with privilege, we were reminded of how this is not limited to one workplace, or one situation, it is a cultural issue, one that we as human beings are yet to fix.

Weird how men admit to being afraid of hiring people who will call them out on their shit… Reminder that basically all statistics show false rape accusations occur at the same rate as any other false crime reports. "Me Too" is not hurting men. Rape culture is hurting everyone.

A powerful point that Cortez made was that ‘Mr. Yoho was not alone.’ Not just in that moment that he hurled abuses at a female colleague but in his act of dehumanizing women time and again. Cortez recalled how the President of the United States, Donald Trump, only last year told her to ‘go home’ implying that she did not even belong in America.

All females recognize the ‘pattern’ that Cortez spoke about, the abuses that are hurled at us from a young age, the cat-calling that happens in the tiniest and the biggest streets. The disrespect that women all around the world face on an everyday basis, regardless of their age or power. The helplessness of females as they see their abusers roam around free without any guilt, or worse, make excuses for their behaviour without any sense of accountability.

Love!!!!! @aoc appreciation post. Rep. Ted Yoho called her “a fuckin bitch” and the press heard it. She ended up speaking out to stand up for all women and the harassment we face in the workplace. In her speech she talked about working in the service industry and throwing men like that out of bars. I so felt that and identified with that experience. Jackie’s Place is the first and only service job that made me feel safe and protected from harassment. #aoc #alexendriaocasiocortez #queenshit #sexism #capitolhill #tedyoho #workplaceharassment #feministsofcolor #bitch #bitchesgetstuffdone #contentmatters #communityfirst #hellafamous

Like Cortez said, women are used as ‘shields and excuses for poor behaviour’ but the men around us have shown us time and again that having a wife, or daughter, or family does not exempt one from the pattern of abuse against women.

The Congresswoman framed it perfectly when she said ‘Yoho gave permission to other men to do that to his daughters’ since he felt no shame in abusing someone else’s daughter.