Is criticism of Zartaj Gul’s definition of Covid-19 a question of gender? 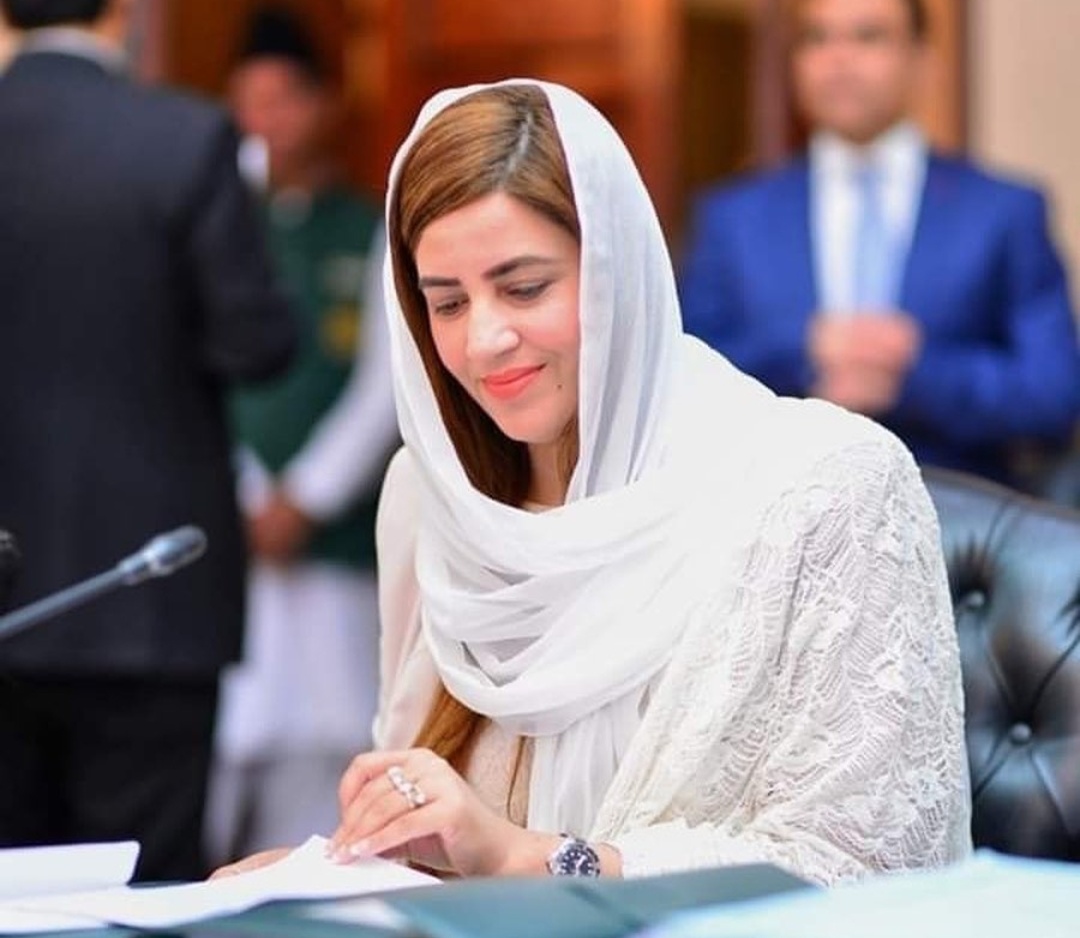 KARACHI: Minister of State for Climate Change Zartaj Gul Wazir made a faux pas recently when she gave her own version of what she believes COVID-19 means.

“COVID-19 means that there are 19 points that can be applied in any country in any way,” she said during a current affairs show on PTV News.

A great day for the scientists they learned something new about the COVID19 from #Zartaj Gul today.@zartajgulwazir @ImranKhanPTI pic.twitter.com/3nuXeYX2Xn

The minister took to Twitter to address her mistake.

This zartaj gul shit isnt even funny anymore. Its outrageous. It makes me SO angry. This isnt a joke. We LIVE here. Shes the FEDERAL MINISTER, the PERSON IN CHARGE FOR 220 MILLION PAKISTANIS when it comes to climate change— the biggest most time sensitive disaster we're facing.

Some people have come to Gul’s defense, saying it is sexist to go after a woman who beat hundreds of men for the coveted position in office.


Hit @zartajgulwazir because she is vulnerable? Because she is a woman? Has she been corrupt? Has she been mean to someone? Has she played dirty politics? Sometimes, we need to give a break to targeted propaganda. She has apologised on her twitter account. Abb kia karain woh?

Granted it's a shocking faux pas by Zartaj Gul Wazir. Over the years we have seen innumerable such acts by many Pakistani political grandees, what I find most amazing is that she is being mostly slated by women, could it be a woman complex issue or a case of sour grapes? Shameful https://t.co/evCV1B3MEo

The issue, however, has exactly more to do with her position in office as opposed to her gender. Twitter users are correcting those coming to her defense, saying they are questioning her aptitude as a minister as opposed to her likability as a woman.

The question here isn’t whether a woman should be making such remarks, it’s whether a state minister should be this ill-informed while speaking on national TV. The issue her critics have is more to do with her responsibility, or lack thereof, of being a minister than with her being a woman.


No fareeha, you can’t cover it up with women card, it’s not the case. She is a minister and of a very sensitive issue, Pakistan is facing. Repetitive mistakes of ZG are not ignorable anymore. Or else it is party’s incompetency for allowing anyone to talk about anything.

Further, one could raise a finger at gender inequality if Gul was singled out as a government minister who is often mocked, criticised and called out over such mistakes. However, she is not.


People are just as if not more critical of other ministers and government representatives such as Sheikh Rasheed, Fawad Chaudhry and even the prime minister, Imran Khan.

No one is targeting her because she’s a woman, anyone would have been trolled for making such stupid comment, regardless of gender.

So, is it a gender issue? No. Not in the critique of the minister’s faux pas but it could potentially be in terms of how the critique is delivered.

Were people excessively abusive in their critique? Did they comment on her looks, attire or personal life? Did they resort to name calling or slut shaming? Were the remarks sexual in nature?

In the instance that any of the above were used, then, yes the critique does become gendered, and thus, problematic.